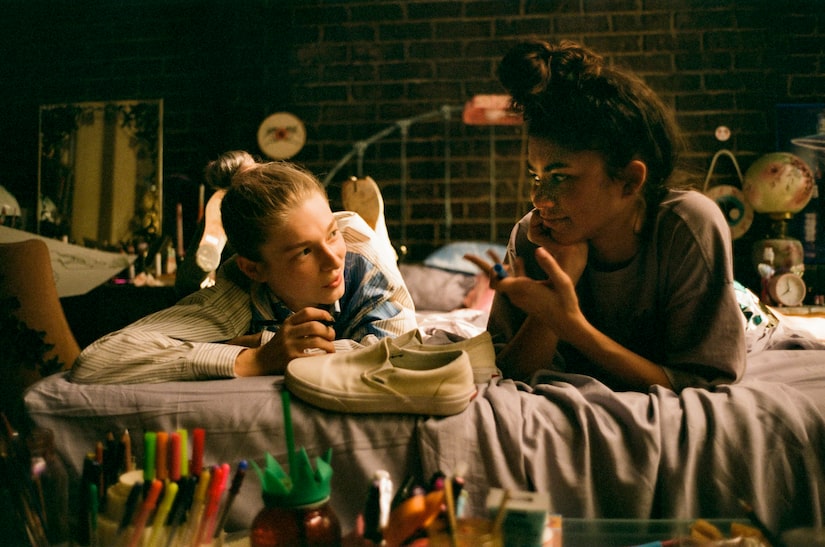 When asked what her character Rue is carrying in the suitcase in the trailer, Zendaya kept her lips sealed, saying, “I cannot tell you.”

Is it her beau Tom Holland? She joked, “He pops out. That’s the big spoiler.”

“She’s trying to be a functioning drug addict,” Zendaya added. “I think we all know that’s not going to work and not going to last and [will] probably come to a very painful end. That’s something she has to find and learn on her own, no matter how painful it is to watch her have to deal with. I do want to maintain a sense of hope for her future and the things she wants in her life.”

Hunter, who plays Zendaya’s love interest on the show, also played coy about the possibility of Rue and Jules’ reconciliation. She said, “While they are getting thrown back into the same spaces at the same parties… not everything they were dealing with in Season 1 is resolved by any means.”

Dominic also dished on his character, who he calls the “homie that f**ks everything up.”

Dominic raved about his co-stars, saying, “It’s been one of the most incredible experiences of my entire life, and I get to learn from the best.”