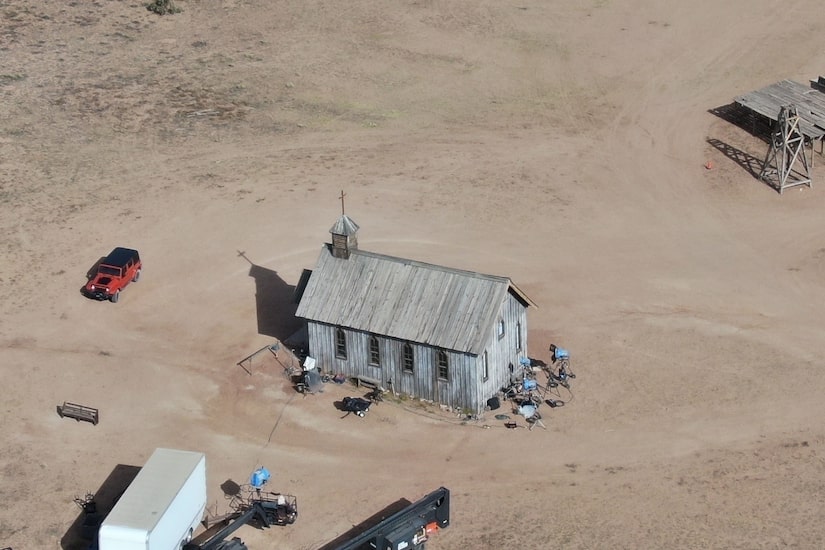 On Wednesday, a press conference regarding the “Rust” shooting was held by local officials.

The lead projectile was the same one that killed cinematographer Halyna Hutchins.

According to Mendoza, 600 pieces of evidence have been collected by investigators, including the gun held by Alec Baldwin, as well as “possible additional live rounds on set.”

Mendoza noted that 500 rounds of ammunition have been collected, a mix of blanks, dummy rounds, and what they expect will be determined to be “live rounds.”

Mendoza confirmed, “A weapon was handed to Mr. Baldwin. The weapon is functional and fired a live round.”

“We know there was one live round,” Mendoza went on. “We suspect there were other live rounds, but that’s up to the testing. We’re going to determine how and why they got there, because they shouldn’t have been there.”

Though there was a warrant for camera footage, Mendoza revealed that “there was no footage of the actual accident.”

“During the initial investigation, it was determined that actor and producer Alec Baldwin was the person that fired the weapon. We identified two other people that handled and or inspected the loaded firearm prior to Baldwin firing the weapon… all three individuals have been cooperative in the investigation and have provided statements,” Mendoza said.