“Mani” actor Daniel Mickelson passed away in July at 23 years old, and now his cause of death has been revealed.

Citing the Los Angeles County Coroner, The Sun reports Daniel died of fentanyl and cocaine toxicity. His manner of death was ruled an “accident.”

Mickelson’s sister Meredith broke the sad news of his death in July on her Instagram Story.

She wrote, “My heart is shattered & to write this feels so wrong and i don’t even know what to say. Yesterday i lost my brother, best friend & the other half of my heart. There wasn’t a person i loved more on this earth. theres no words that can do him justice that i could write. to know him was to love him. he was the happiest brightest smiley most sunshine human to exist and I’m so happy God chose me to be his sister for his whole amazing life.”

Mickelson also appeared in the 2019 comedy “The Killer Clown Meets the Candy Man.” 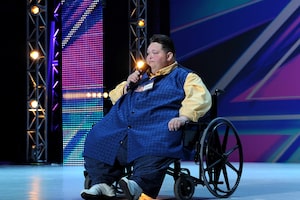