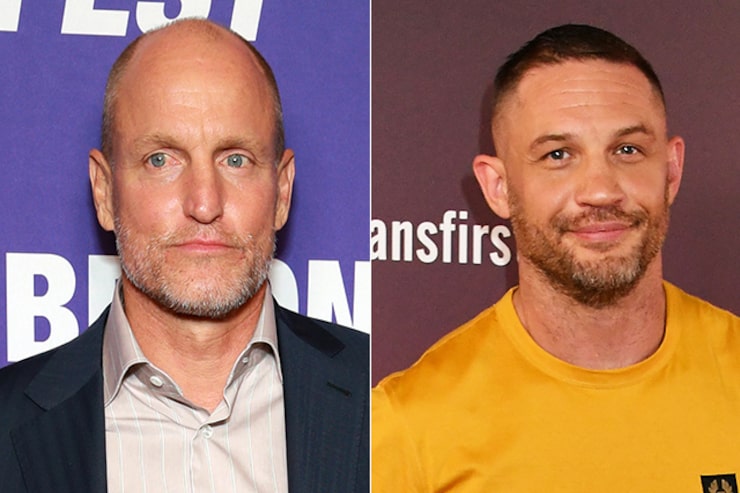 Tom Hardy’s first go-round as the baddest good guy on the big screen, “Venom,” banked nearly a billion dollars at the box office in 2018.

Now, Tom is back as the wisecracking, criminal-eating reporter whose body morphs into a rage-filled alien with super strength in “Venom: Let There Be Carnage.”

“Extra” special correspondent Gary Striewski spoke with Tom and Woody Harrelson, who joins him in the sequel.

Tom goes toe-to-toe in the film with Harrelson, who said he “really loved” playing a serial killer who becomes Carnage.

Woody raved, “I think Tom Hardy is one of the great actors… He is an amazing actor.”

He also weighed in on Pierce Bronson’s recommendation that Tom be the next James Bond, saying, “That’d be phenomenal… He seems pretty busy, but maybe. And if he did, yeah, I don’t think anyone would be better.”

“Venom: Let There Be Carnage” took a while to complete because of the COVID-19 pandemic, as Tom noted: “I think three years is a long time in between films, but we’re in unprecedented times.”

The action-packed film will also feature some humor, Hardy explained. “We took really seriously what the feedback was from the critics and the fans from the first movie… and came up with a list of things we thought was massively important to consolidate and try to move forward.”

He continued, “One of them is the strong element of humor and not taking oneself too seriously, and reveling in the odd couple of Eddie and Venom together.”

“Venom: Let There Be Carnage” is in theaters October 1.