Start spreading the news, the long wait is finally over for “The Morning Show” Season 2!

“Extra’s” Rachel Lindsay caught up with Julianna Margulies and Billy Crudup to talk about what’s in store.

Rachel asked if Laura was modeled after anyone, and Julianna replied, “We tried to make her a mixture between Diane Sawyer, but with a little Rachel Maddow grit.”

How will she stir things up? Margulies explained, “What I think what they did so brilliantly this season is that you have these two incredible leading women, and instead of bringing in a man to upset that balance they brought in a woman. And I just love that. “

Julianne loved working with co-stars Jennifer Aniston and Reese Witherspoon, saying, “It's very rare to come on a show that's executive produced by the two stars who are women. It was a beautiful embrace because there's just a softness that comes with it.”

Crudup also shared what he loves best about Ellison, saying, “I love the inscrutable part of his personality that keeps the audience — and the people in the show — guessing about what his motivations are.”

Rachel insisted, “I’d work for Cory,” and Billy replied, “I appreciate that. Me, too. I think he’s super smart. But I’d watch my back and have a life insurance policy.”

Catch “The Morning Show” in all its glory September 17 on Apple TV+. 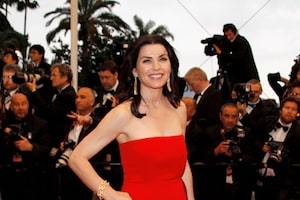 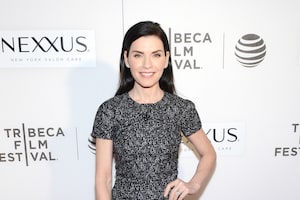 Why Julianna Margulies Turned Down $27 Million to Stay on ‘ER’