In April, news broke about the shocking death of Vine star Adam Perkins.

Now, his cause of death has been revealed. According to the autopsy report obtained by “E! News,” Perkins died of accidental “multiple drug intoxication.”

The drugs found in his system were fentanyl, flualprazolam, mitragynine, ethanol, and cocaine.

Adam was a social media star who shot to fame on Vine with a “Welcome to Chili’s” skit that went viral.

Adam’s twin brother Patrick mourned his passing in a heartbreaking Instagram post. He wrote, “I can’t even really put into words what this loss means for me. i’m often asked the question, ‘what’s it like to be a twin?’ and my response is usually, ‘what’s it like to NOT be a twin.’” 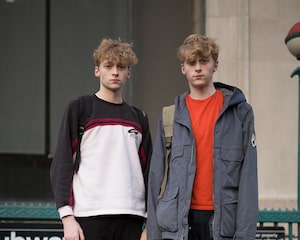 Patrick went on, “being a twin is a very central part of my identity. it’s all i’ve known. and i’m struggling to find the words to explain what it will be like for me to live in this world without him. my best friend.”

He encouraged fans to check out Adam’s album “Latch Relay,” which he is also releasing on vinyl in his twin’s honor.