NewsNation has some new programming in the works!

The network just announced a new primetime show hosted by Dan Abrams and a three-hour morning block helmed by Adrienne Bankert. Both shows will kick off September 27.

Abrams will host “Dan Abrams Live” weeknights from 8 - 9 p.m. ET, and promised in a statement, “We are committed to independent-minded analysis and opinion on politics, media, and the most important news of the day.” He added, “Always fact-based, sometimes surprising, but never agenda-driven — you might call it a cable news show for the rest of us.”

The veteran journalist is the ABC News chief legal correspondent, and also hosts SiriusXM’s “The Dan Abrams Show: Where Politics Meets the Law” and A&E’s “Court Cam.” He’s also known for his past shows like “The Abrams Report,” “Verdict with Dan Abrams,” and “Live PD.”

As Abrams joins primetime, Bankert will take on mornings with a live national three-hour show from 7 - 10 a.m. ET. The former ABC News correspondent will tackle the big stories of the day, while interacting with viewers in real time.

She said in a statement, “I’m excited to bring a relatability to morning news that connects with the audience like never before. This show will be a conversation, putting stories in context and getting behind the headlines.  And we are going to have fun.  Even if people wake up on the so-called ‘wrong side of the bed,’ I want them to turn on the TV and be not only more informed, but feel better, even happier watching us.  I believe we are called to a higher standard at NewsNation — to offer a variety of viewpoints across America and give dignity to every voice.  That’s what you’ll find on ‘Morning in America’ five days a week.”

Bankert’s extensive experience includes covering the last two presidential elections, the mass shooting in Parkland, Florida, and more. She is also a former member of the “Good Morning America” weekend anchor team and author of "Your Hidden Superpower: The Kindness That Makes You Unbeatable at Work and Connects You with Anyone.” 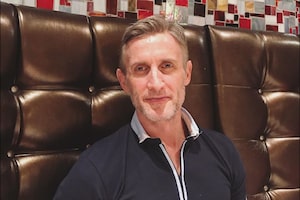 Dan Abrams Dishes on ‘Court Cam’ — What to Expect!

Dan Abrams Talks ‘Under Oath,’ Plus: His Thoughts on the Chris Cuomo Controversy 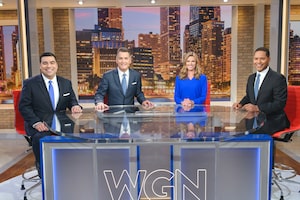 Meet the Anchors of the New Cable Show NewsNation