Actress Yara Shahidi presented Chadwick Boseman with a posthumous award for Best Performance in a Movie for his work on “Ma Rainey’s Black Bottom” at the 2021 MTV Movie & TV Awards.

“Extra’s” Rachel Lindsay spoke with Yara on the red carpet just after news broke that “Black-ish” was ending after its eighth season. Yara said, “Honestly, I'm just honored we've been able to go on this journey for eight years and that we’re ending it ‘cause it feels like a great place to end… We've been able to see each character evolve in such beautiful ways. That show has been a gift to me and a gift to millions to those who have been able to tune in. I’m looking forward to the note that we are going to end on, which is really just a honor to be part of the family.”

Her spin-off “Grown-ish” is continuing, though! Shahidi dished, “We are shooting Season 4 right now… We shot the season finale and the first episode… Knowing that it’s focusing on senior year… The stakes are higher, there is no messing around… I love that the storylines this year not only express what those stakes are, it’s still messy like it always is — it also means we’re doing a better deep dive into every character’s storyline.”

Yara was wearing her  Yara Shahidi x ADIDAS collection.  She told Rachel, “This has been two years in the making… I’m so excited to rep it on this carpet.” She said the collection is a reflection of her roots, noting, “Thinking of being both Black and Iranian and the way that constantly evolves for me, I wanted a collection that kind of represents just the influences I grew up with.” 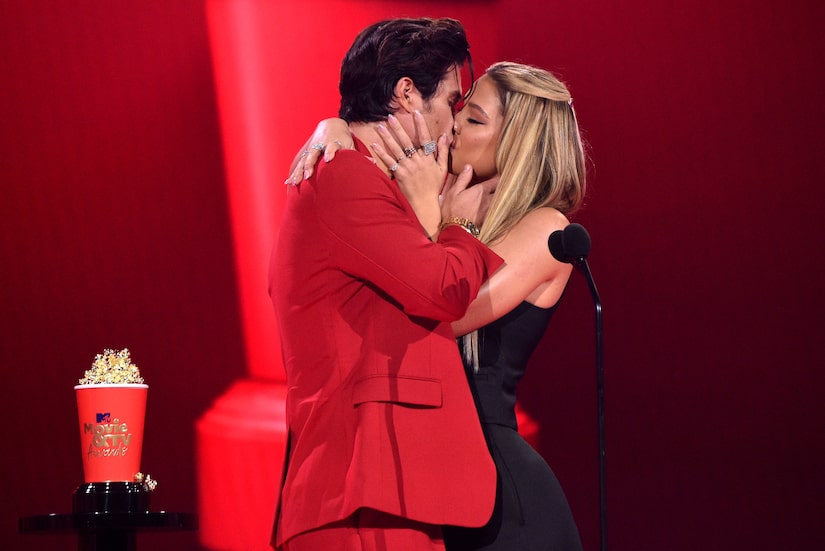