More than a week after Tiger Crash’s car crash in Los Angeles, investigators are still looking for answers.

The Los Angeles County Sheriff’s Department executed a search warrant for the black box in the SUV that Tiger was driving.

In order to execute a search warrant, law enforcement must establish that a crime could have possibly been committed, even if the crime is only a misdemeanor.

Downplaying the warrant, Sheriff’s Deputy John Schloegl pointed out that it is routine and for due diligence. He also stressed that the investigation is not being treated as a criminal investigation.

Schloegl also revealed that law enforcement didn’t obtain Tiger’s blood because there was “no probable cause.”

Woods’ team has been cooperative, according to Schloegl. 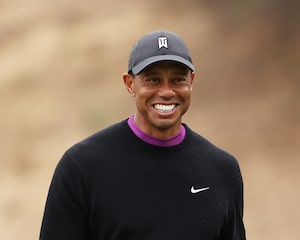 Just days ago, Woods released his first words since the crash. He tweeted, “It is hard to explain how touching today was when I turned on the tv and saw all the red shirts. To every golfer and every fan, you are truly helping me get through this tough time."

Last week, Tiger was involved in a single-car rollover crash and rushed to a hospital after being extricated from his SUV.

A source told Us Weekly, “He’s very grateful the rescuers got there when they did. All of his friends and family members have been so supportive, he really couldn’t ask for more in that regard.”