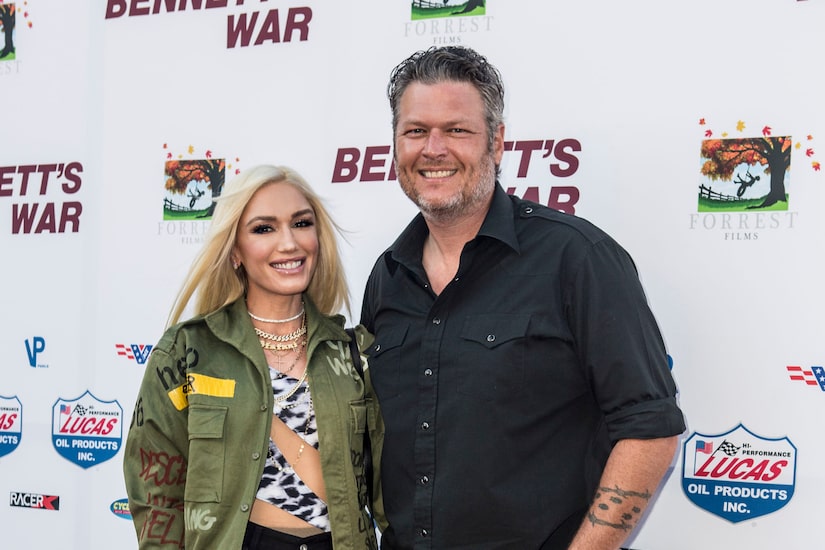 Blake Shelton popped the question to Gwen Stefani in October, but what are his plans before they get hitched?

During an interview on Luke Bryan’s Apple Music show “Party Barn Radio,” Blake opened up his plans to lose weight before the big day. When asked on a scale of 1 to 10 what the chances are of him losing 20 pounds, Blake said, “I feel like if I say 10, I have to do it, so it’s out there now. I can’t let people down.”

Shelton joked, “I’ve readjusted all the mirrors in the house, so they look like when you’re taking a selfie from up above, because I can’t even stand to look at myself in the mirror. So I’ve rearranged them where they’re kind of angled down, looking down on me, so I’m looking up and it’s not so bad.”

Blake also had major “confidence” that Gwen would actually marry him, saying, “I’m going with a 10, buddy.”

As for the chances of having Luke be his best man, Blake said, “You know I told you earlier that I’m not good at saying no? Perhaps I’ll just blame this on COVID, again, and say, well, I don’t know, Luke. Maybe we’re just going to have a private ceremony.”

Just a few days ago, Gwen admitted that she was worried about their life together before his proposal.  On “The Tonight Show,” she told Jimmy Fallon, “Wasn’t expecting it at the moment that it happened, at all. Didn’t have any idea, nobody knew. I think he had told my dad on my birthday about two weeks earlier, and I gotta tell you, I was sorta like, ‘What’s happening with us?’”

She added, “It was kind of in my mind like, ‘We’ve been together a long time now. What’s going on?’ I was in that place in my head.”