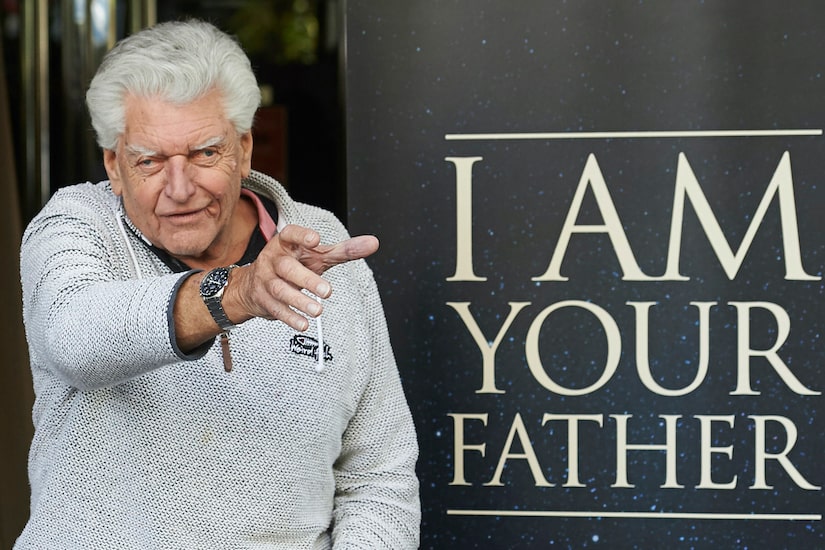 David Prowse, the English bodybuilder inside the Darth Vader costume in the original three "Star Wars" films, has died after a short illness.

Bowington Management announced its client's death via Twitter early Sunday, writing, "It's with great regret and heart-wrenching sadness for us and million of fans around the world, to announce that our client DAVE PROWSE M.B.E. has passed away at the age of 85. #DaveProwse @starwars #DarthVader #GreenCrossCodeMan #iconic #actor #bodybuilder #MBE." 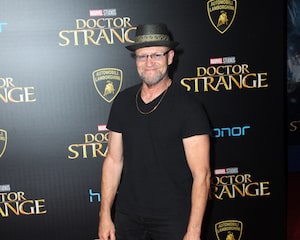 Prowse, a bodybuilder who stood 6'6" tall, physically played the iconic villain in "Star Wars" (1977), "The Empire Strikes Back" (1980), and "Return of the Jedi" (1983), although the character's voice was provided by James Earl Jones because director George Lucas felt Prowse's working-class accent was not right for the character. When Vader was unmasked in "Jedi," it was the face of actor Sebastian Shaw that was seen, and stunt man Bob Anderson donned the outfit for the initial trilogy's lightsaber-fencing scenes.

Born July 1, 1935, in Bristol, England, Prowse was a bodybuilder from a young age, working as a bouncer and winning multiple British weightlifting titles. He parlayed his impressive stature into a series of light acting roles, including three gigs as Frankenstein's monster — in his debut, "Casino Royale" (1967), and the Hammer flicks "The Horror of Frankenstein" (1970) and "Frankenstein and the Monster from Hell" (1974) — and as a bodyguard in attention-getting scenes in "A Clockwork Orange" (1971). 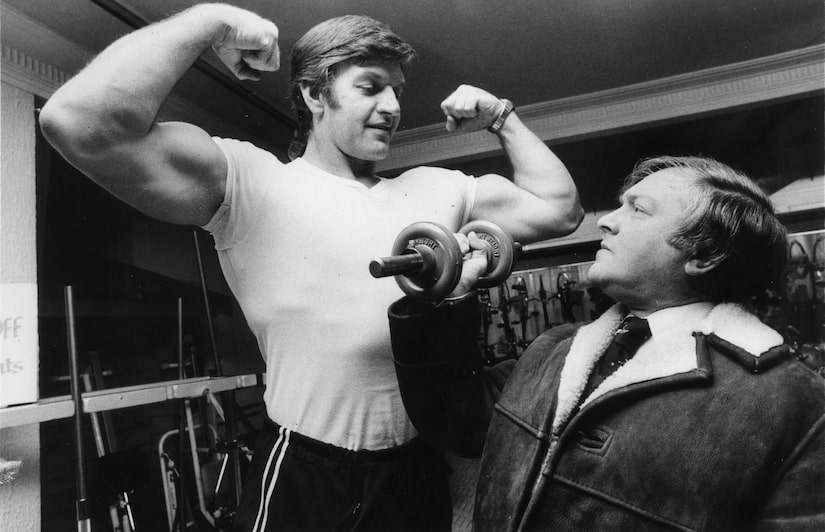 From 1971-1990, he played the superhero Green Cross Code Man as part of a popular British safety campaign directed at kids, for which he received an MBE in 2000.

Prowse was chosen by Lucas to embody Darth Vader, but they had a tumultuous relationship, with Lucas eventually keeping Prowse away from most official "Star Wars" reunions and events. Prowse had gone on record criticizing later installments of the series, accidentally revealed a major spoiler at a 1978 appearance, and complained about his lack of residuals.

Later, Prowse released the memoir "Straight from the Force's Mouth" (2011) and participated in a 2015 Spanish documentary entitled "I Am Your Father," in which he discussed his estrangement from Lucas and LucasFilm. In 2015, he worked on the short "The Force's Mouth," which dubbed Prowse's voice back into his "Star Wars" scenes.

His last appearance as an actor was in the music video "Shields" in 2017, after which he retired due to his deteriorating health and a desire to spend more time with his family, including his wife Norma, to whom he'd been married since 1963, and their three children, all of whom survive him.

Mark Hamill, Luke Skywalker in all the "Star Wars" films, lovingly remembered Prowse via tweet, writing, "So sad to hear David Prowse has passed. He was a kind man & much more than Darth Vader. Actor-Husband-Father-Member of the Order of the British Empire-3 time British Weightlifting Champion & Safety Icon the Green Cross Code Man. He loved his fans as much as they loved him. #RIP."

Anthony Daniels, who as C-3PO is the only actor to have appeared in all the "Star Wars" features, tweeted:

More sad news. Dave has gone. I don't think 3PO ever faced Vader's mighty presence on set, other than as a bag of bits on Chewie's shoulders in the carbon freezer. But Dave's iconic figure dominated the finished film in '77 and has done so ever since. And will continue to do so.