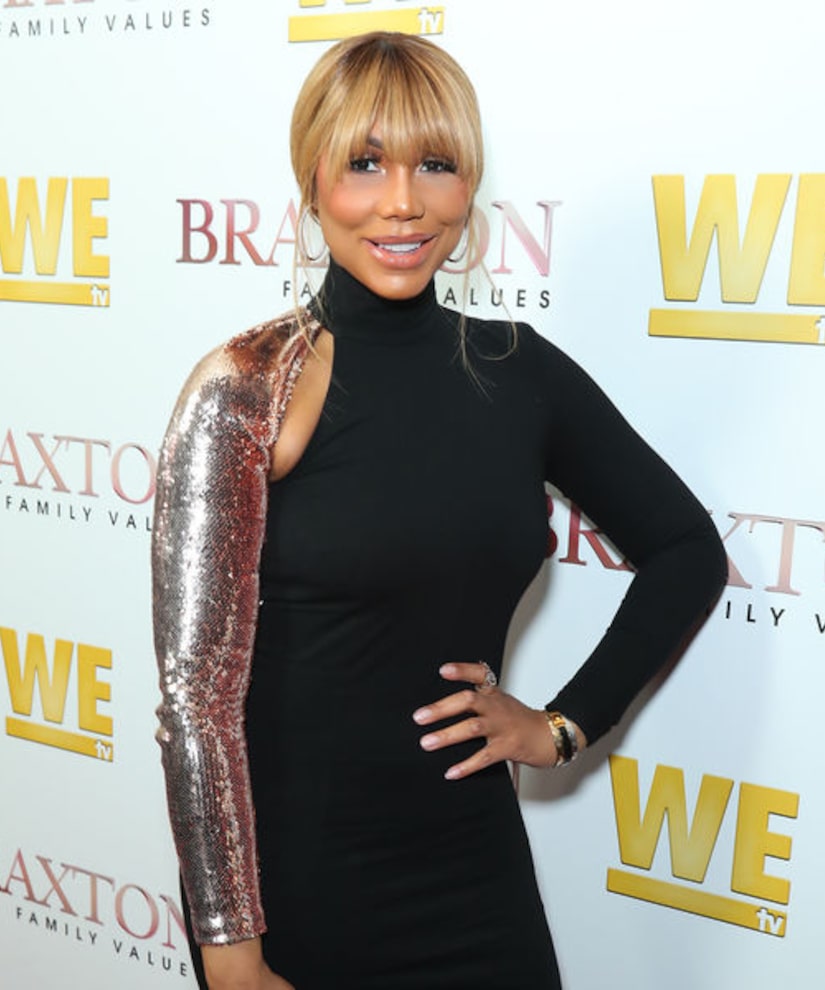 “Braxton Family Values” is back for its seventh season, and the reality show will tackle Tamar Braxton's recent suicide attempt.

“Extra's” Nate Burleson spoke with Tamar's sisters Trina and Towanda, who opened up on how much the season will focus on what went down with her. Towanda said, “I wouldn't say that it doesn't focus on Tamar and what she's going through, emotionally, and all the other thing; we've definitely touched on it because of course we have to attack the elephant in the room. It's really just a tough situation, and then we keep it moving because we try to be sensitive about mental health.”

Trina added, “Yeah, and we have to respect her privacy, because there is definitely a story to be told, but it's Tamar's story to be told. We would be giving the fans a disservice if we did not address it. But it's not something that is a topic that's being held on to.”

As for what else is to come on the show, Towanda dished, “It definitely takes us back to the root of 'Braxton Family Values.'” Trina emphasized, “The bonds of sisterhood are real, that no matter what anyone personally is going through, we all go through it as a family.”

On a lighter note, Trina shared, “The one thing I'm most excited about for the show this season is definitely the bachelorette party.”

Towanda noted that viewers will need to tune in to see what happens. She teased, “I mean, you know, we just had a lot of fun, you know, and I helped a plan it… I made sure that Trina had a lot of fun, and the sisters got together and we just, I mean, it was like we were 12 and 15 years old again.”

Will the sisters be making any new music together? Towanda answered, “Well, I don't know about all of us doing music together… Toni's got an amazing album out, Traci's working on some things and, you know, Trina has Bar Chix and I have my T. Braxton skincare line so, you know, we just been trying to be our own individual boss ladies.”

“We're just really excited about this season. We're excited about our family healing and being together, and you guys as viewers are still supporting us, so we want to thank you guys for that,” Towanda went on.