Ant Anstead is finally speaking out on his divorce from wife Christina.

On Sunday, Anstead wrote on Instagram, “Anyone who really knows me knows that I don't like to share private matters publicly. I have remained silent while holding on to hope. I never gave up on us. I pray Christina's decision brings her happiness."

Over a week ago, Christina announced they were calling it quits after two years of marriage. She wrote on Instagram, “Ant and I have made the difficult decision to separate. We are grateful for each other and as always, our children will remain our priority. We appreciate your support and ask for privacy for us and our family as we navigate the future."

Since announcing their split, Christina is reintroducing herself. She wrote on Saturday, “I hate crowds, I love traveling, all things spiritual, the ocean and deep one on one conversations."

While noting how “grateful” she is, Christina opened up about the stresses of fame. She revealed, “I live in a state of anxiousness and I'm so used to it that when it's not there I tend to feel a void and hop into something that causes the feeling I'm used to. This can be good and bad. And it's one of the things I'm working on breaking the pattern of. Sometimes anxiety and pursuit of new dreams leads me down amazing paths, other times it leaves me feeling lost and in a state of fight or flight / or crying in my closet."

A source recently shed light on Christina's difficult year. They told E!, “Christina is very disappointed. Bringing home the new baby was extremely difficult and challenging. It's been a very difficult year with a lot of hard times." The source went on, "She never thought she was going to get a divorce so soon. She tried to give it more of a chance but it became very clear that it wasn't going to work."

The star couple started dating in October 2017, and tied the knot in a surprise wedding in December 2018. They welcomed son Hudson in September 2019.

They have four children from previous relationships, including Christina's daughter Taylor, 9, and son Brayden, 4, with ex-husband Tarek El Moussa, and Ant's daughter Amelie, 16, and son Archie, 13, with ex-wife Louise. 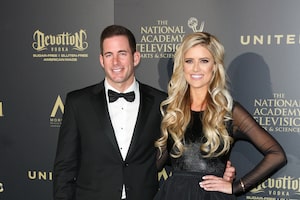 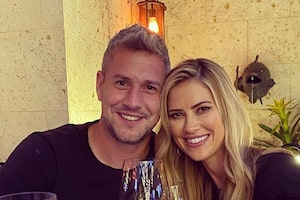 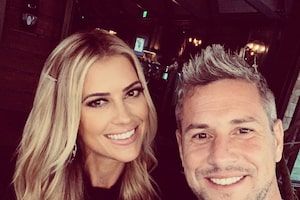