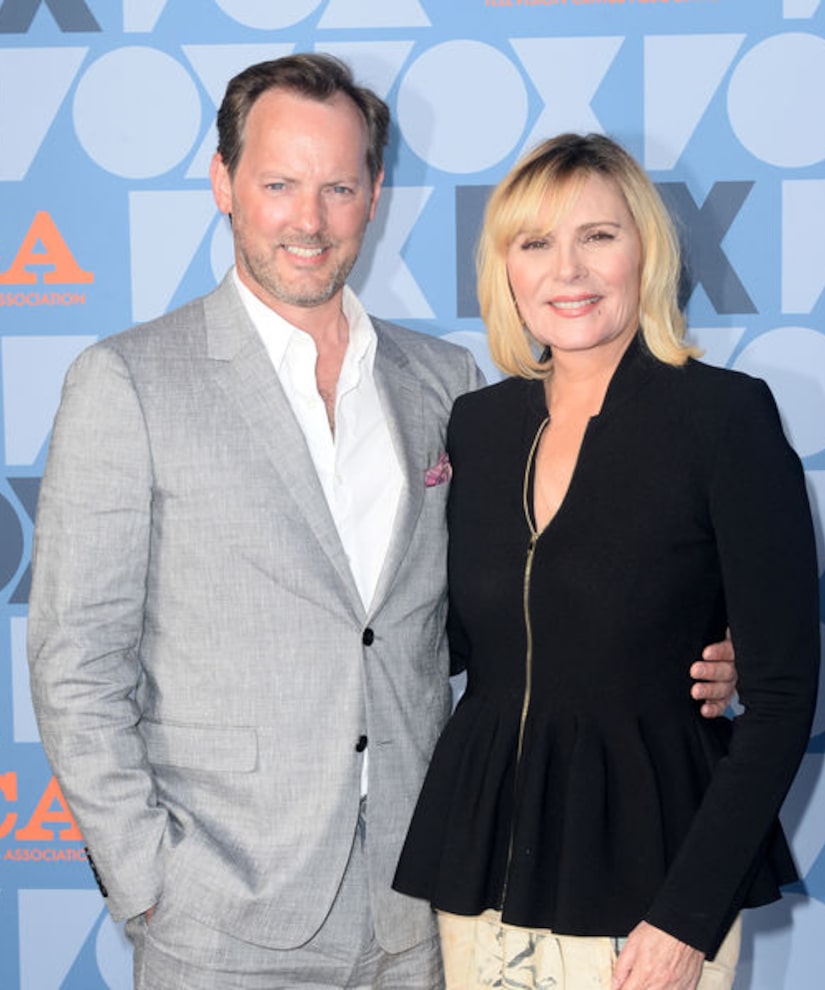 Kim Cattrall is back on TV tonight in the new show “Filthy Rich,” and she's giving “Extra's” Rachel Lindsay the scoop.

Before chatting about the show, she gushed over her boyfriend Russell Thomas, opened up about some tough times during the COVID-19 pandemic, and revealed why she wanted to become a U.S. citizen.

Kim said of quarantining with Russell, “We have gotten to know each other intimately and we love each other.”

So, is he the one? “What I love about us at this moment is we have a connection… There's elements of art and war, but in a very loving way, so yes, it checks every box I've ever had and then some, so we're real good,” Kim said. “Really, really looking forward to exploring more of a relationship outside of the pandemic. We've been together since 2016, so we got the pre-pandemic and in-pandemic check of approval.”

She revealed that the pandemic has been tough on her as well. “We lost a couple of people… They are sorely missed, and in our hearts… Russ and I decided we would go to Vancouver Island to see my mom… We just wanted to be really close if anything went wrong. She's fine.”

Now the Emmy-nominated actress plays a mega-rich widow who continues to run the family's successful Christian TV network after her husband dies in a plane crash and she finds out he fathered illegitimate children who are after the family's money.

“It's such an original. You would think being a nighttime soap it wouldn't have a lot of comedy, but then I think back about… Joan Collins in 'Dynasty,'” she said.

Plus, Kim gets to nail a Southern accent: “What really helped me was with the accent is I had a fantastic dialect coach,” she shared.