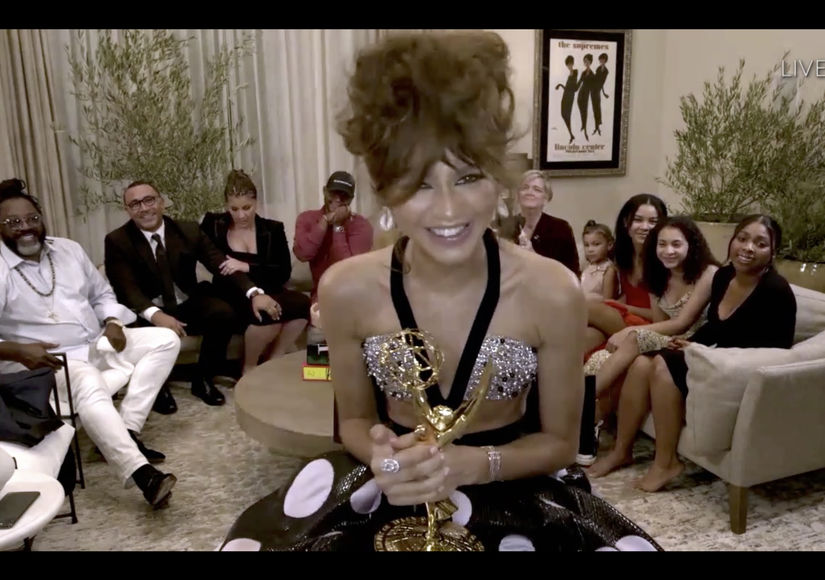 At 24, the “Euphoria” star became the youngest Emmy winner in the Lead Actress in a Drama category.

"Extra’s” Rachel Lindsay spoke with Zendaya, who was still in shock after her name was announced. She said, “I don't even know, it's just amazing. I'm feeling very, you know, I don't even know how to feel, I guess is the feeling.”

For her second look of the night, Zendaya wore Armani. She shared, “I feel like a princess today… I get to wear it in my living room, I have my pajama pants on underneath it, still comfortable.”

As for what the award means to her, Zendaya referenced her “Euphoria” character, saying, “I think ‘Euphoria’ means so much to me, Rue means so much to me. I think what Sam Levinson, our creator, writer, has been able to do with the show is take his own experiences and be so honest with them... and I'm just grateful that he allowed me to, you know, to bring that to life.”

“In many ways, I think the main goal for this show for all of us was… tell other people's stories, to really empathize with human beings,” Zendaya pointed out. “Rue is a full, complicated human being, layers, and she makes mistakes and she does the wrong thing, but she's young and she's trying to figure it out, and I think the fact that we're able to have empathy for her is so huge, especially for addiction, and really destigmatizing addiction.”

She went on, “I'm grateful for, for the show and for also the reactions that we've been able to get from it because just people having, you know, any kind of connection, feeling a little bit less alone in their experience means, I think, the world to all of us, really.”