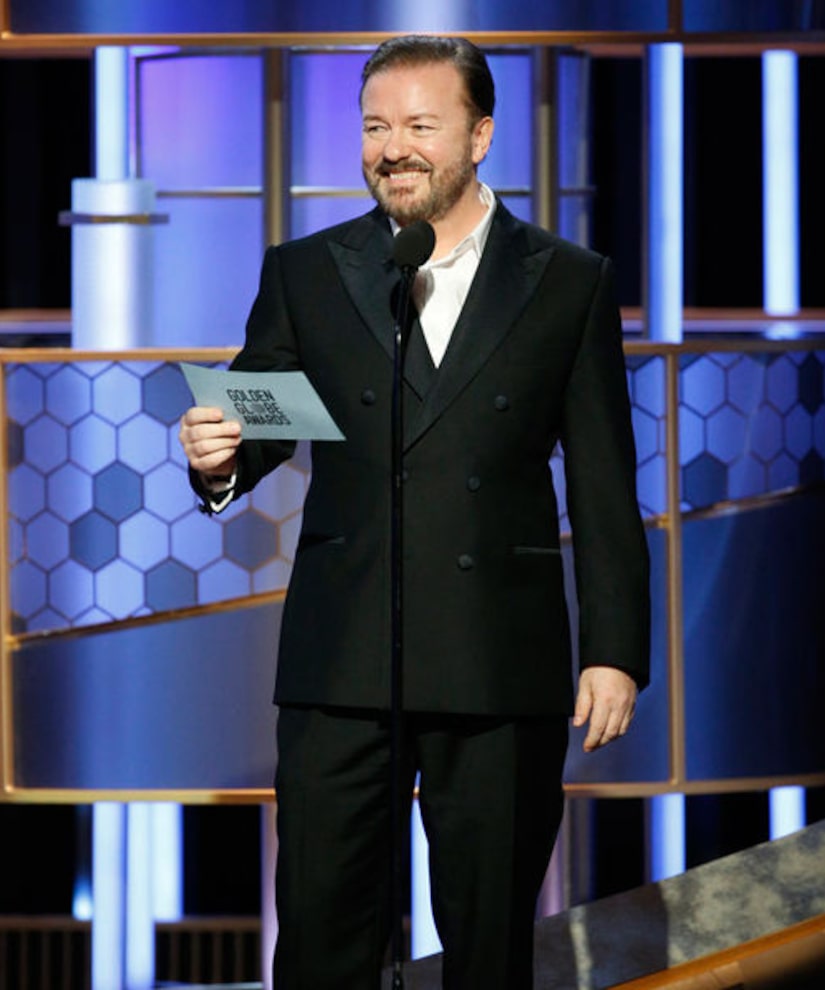 Ricky Gervais didn't win an Emmy this year, but the roast master is still surprised he was nominated for hosting the Golden Globes. “Extra's” Special Correspondent Alyssa Julya Smith chatted with Ricky about the award he did win: a Creative Coalition honor for his work with animal welfare.

Gervais touched on quarantine life, saying, “You won't hear me complain when there's nurses doing 14-hour shifts and they've been risking their life and I've been told to stay in and watch Netflix.”

Putting his funny spin on the Emmy nom, he said, “You can't expect those things. I've been nominated 24 times. And I've won twice. I see that as losing 22 Emmys!”

Alyssa asked, “Did you ever think you'd get an Emmy nomination for insulting half the audience at the Globes?”

“I didn't think I'd get one,” Ricky replied. “When I first did it, it was like… 'You can't insult Hollywood actors. They're the salt of the earth'… And now, this year it was like… 'Yeah, give it to them!'”

So, how does he think Jimmy Kimmel will do hosting the virtual Emmys show? “I don't know. I saw an article where he said that nowadays… half the people will hate it… Maybe it's my fault.”

Ricky said he would be up for virtual hosting, adding, “I like the fact that I could do it in my pants. That's always better than putting on a suit.”

Meanwhile, Gervais will hit the stage in London, Dublin, and other cities for his “SuperNature” stand-up tour, which will eventually land on Netflix. He explained, “I will probably have to reference this complete change in humanity… It's all me not believing anything supernatural, because I say nature is super enough.”

He's also writing and has already finished “After Life 3,” saying, “I've had so much time on my hands that I finished writing the script six months early.”

As for his award for his animal activism, Gervais shared, “I think animals are unconditionally perfect. I've never understood animal cruelty. And for me, it's what a platform is for — to use your voice for those who haven't got one.” 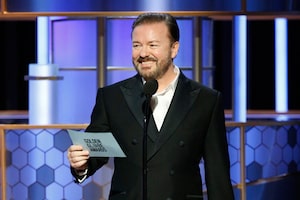 Biggest Moments from the 2020 Golden Globes 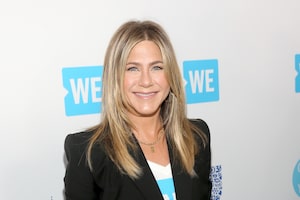 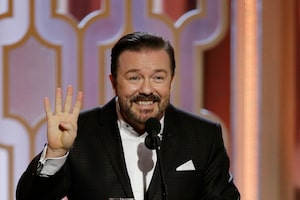