Actress Rebel Wilson is focusing on her health and reportedly following a weight loss plan… based on a method developed nearly 100 years ago!

Dr. Franz Xaver Mayr created the “Mayr Cure” nearly 100 years ago, and the Mayr diet follows his philosophy of cutting out snacks and limiting gluten and dairy.

Dr. Christine Stossier, assistant medical director of VivaMayr, told The Guardian in 2017, “Everything starts with the gut,” adding, “The fundamental principle is that you can improve someone's health through digestion.”

Jezebel reports foods should be high alkaline, like veggies, fish, and sheep's milk yogurt, and that each mouthful should be chewed 30 times. People adds that dieters schedule meals four hours apart and avoid using phones or drinking water at meal times.

An insider tells People that Wilson has also been very active, explaining, “She exercises with a personal trainer up to six times a week, goes on walks, and is trying to up her protein intake nutritionally… I know she's also been working on conquering her emotional eating patterns of behavior.”

Back in May, Rebel announced she hoped to reach her goal of 165 lbs. by the end of the year. 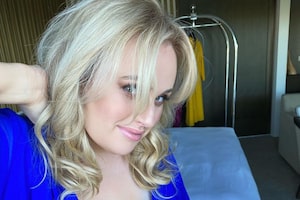 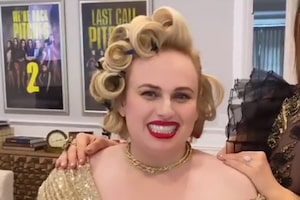 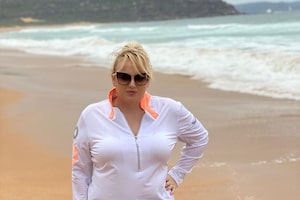 Rebel Wilson Shows Off Slimmer Figure — How Much Weight Has She Lost?