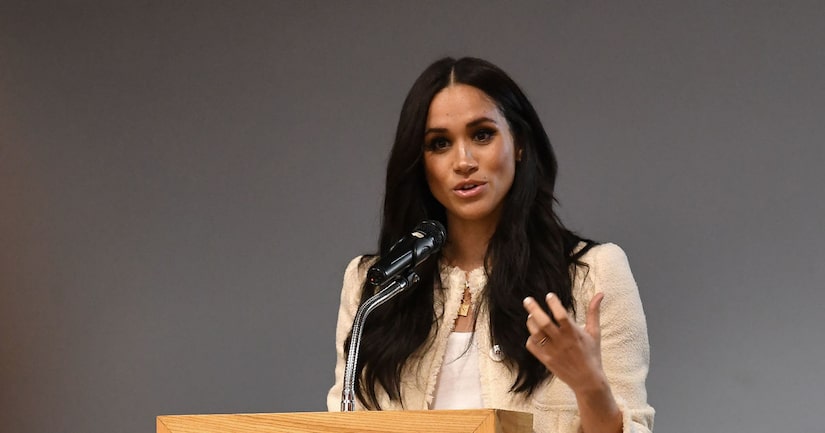 In a surprise commencement speech for her former high school, Immaculate Heart, Meghan Markle spoke out about the “absolutely devastating” killing of George Floyd.

Meghan, Britain's Duchess of Sussex, talks about the events following the death of George Floyd in a video she recorded for students graduating from her old high school in Los Angeles https://t.co/jg44YizKeT pic.twitter.com/P4ZVsVW0uB

Urging students to be vocal against the “senseless acts of racism,” Markle said, “You're going to use your voice in a stronger way than you've ever been able to, because most of you are 18 – or you're going to turn 18 soon — so you're going to vote. You're going to have empathy for those who don't see the world through the same lens that you do.”

“I remember seeing men in the back of a van just holding guns and rifles. I remember pulling up the house and seeing the tree that had always been there completely charred. And those memories don't go away," Meghan went on. “I am sorry that in a way we have not gotten to the place where you deserve it to be.”

Meghan ended her three-minute speech by telling graduates, “I know you know that Black Lives Matter. I am already excited for what you are going to do in the world. You are ready, we need you and you are prepared. I'm so proud to call each of you a fellow alumni. I am cheering you on, all along the way. I am exceptionally proud of you.” 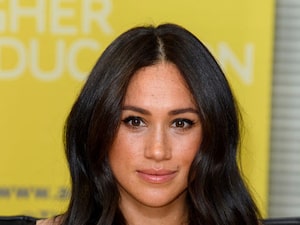 In a recently resurfaced video from 2012, Meghan opened up about her experiences with racism. Speaking out for the “I Won't Stand For…” campaign for Erase the Hate, she shared, “I'm biracial. Most people can't tell what I'm mixed with, and so much of my life has felt like being a fly on the wall. And so some of the slurs I've heard or the really offensive jokes, or the names, it's just hit me in a really strong way.”

Meghan went on to say, “You know, a couple of years ago I heard someone call my mom [Doria Ragland] the N-word. So I think for me, beyond being personally affected by racism, just to see the landscape of what our country is like right now, certainly the world, and to want things to be better.”

The future Duchess further explained “certain people don't look at me and see me as a black woman or a biracial woman… They treat me differently, I think, than they would if they knew what I was mixed with, and I think that is, I don't know, it can be a struggle as much as it can be a good thing, depending on the people that you're dealing with.”

Markle said she was “proud of my heritage on both sides” and “really proud of where I've come from.”