Singer Chris Trousdale has passed away at the age of 34 from coronavirus complications.

On the day he died, Trousdale posted his last Instagram, showing his support for Black Lives Matter. Along with posting a black box, he hashtagged, “theshowmustbepaused.”

A post shared by Chris Trousdale (@christrousdaleofficial) on Jun 2, 2020 at 6:27am PDT

Trousdale kept his struggles with COVID-19 private. Before his Blackout Tuesday post, he hadn’t posted on Instagram since February.

Just months ago, Trousdale was optimistic about the year ahead, writing on Instagram, “Looking forward to an amazing year in #2020. Let’s bring some of those dreams and wild ideas to life shall we? I think so! It’s time!”

Trousdale’s friend Celesta Deastis was heartbroken over his death. She wrote, “A large piece of my heart is gone.”

Of their nearly seven-year friendship, Deastis said, “You gave me a certain sense of home. You made me laugh harder than I thought was possible. I’ve told you things I’ve never told anybody. You introduced me to the man I’m in love with. You woke me up in Vegas on my 21st birthday with balloons and kisses and hugs. You wrote the most beautiful song I’ve ever heard for me. And then you wrote one for my mother, when we both really needed it.”

“Your voice, your talent, your light. I miss you so much my love. I already miss the years we lived together,” Celesta went on. “I miss taking our dogs on walks. I miss being up all night talking about life sitting on the roof of our building. I miss getting up at midnight and deciding to go get matching tattoos. I am honored to have the date we met tattooed right over my heart. It’s been there for years, but it is now the most treasured, important ink I have ever put on my body. I would give anything to hug you one last time. I would give anything to take a random trip to the beach with you in the middle of the night. I would give anything to hold you and tell you how much we all love you. My brother, my best friend, my love. Please rest in paradise, my Chris 💔."

After appearing on Broadway as a child in the "Les Misérables" company, Trousdale found fame as a member of Dream Street, a boy band that also consisted of Jesse McCartney, Greg Raposo, Matt Ballinger and Frankie Galasso.

The group's eponymous 2001 debut sold a million copies, spawning the singles "It Happens Every Time," "I Say Yeah," and "Sugar Rush," all staples on Radio Disney. Their track "They Don't Understand" appeared on the soundtrack of "Pokémon: The Movie 2000" (2000). At the peak of their fame, the boys had their own branded magazine. 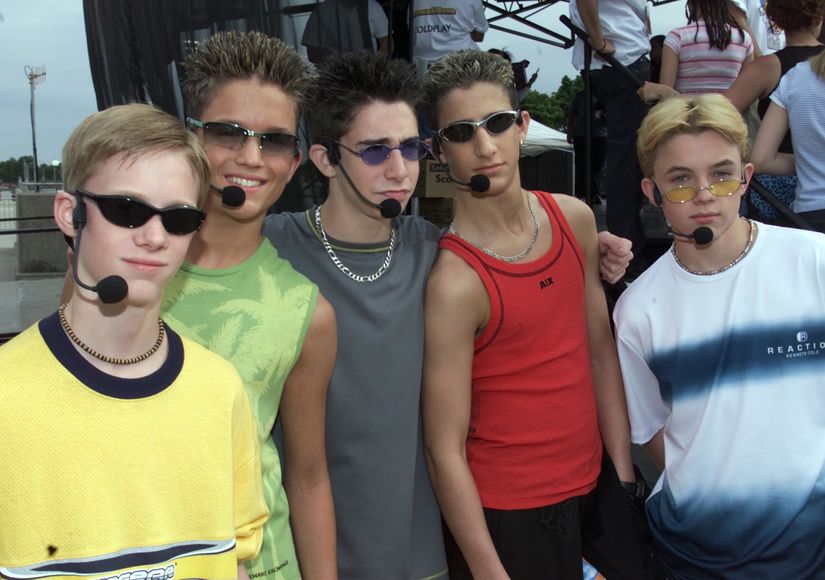 In 2002, the same year Dream Street broke up when some of its members' parents sued their management, Trousdale was the romantic lead in the comedy "The Biggest Fan," about a teen heartthrob hiding in the home of his ultimate fangirl. He continued acting sporadically, and had a small part in the upcoming film "New York Christmas Wedding."

In 2012, Trousdale also appeared on “The Voice,” but didn’t make it past the blind auditions. He shared, “It’s kind of hard to go from all that success and doing what you love every day, to doing absolutely nothing. It’s hard to be serving somebody and she’s like, ‘What are you doing here? You were my idol, I had you on my bedroom wall…' When I get on stage today, this is going to be so different from my past stage experiences, because this is make it or break it.”

After news broke about Trousdale's death, McCartney mourned his loss on Instagram. Reflecting on their past, he wrote, "It pains me to say that an old friend, Chris Trousdale, from my early days in the music industry has passed away due to complications from COVID-19. Chris had an explosively charming personality with boundless amounts of talent. Together we made up two of the five members of a boyband called DreamStreet. We were young kids with budding talent who shared an overwhelming love for music and performing. Chris, in my opinion, was the most popular among us, who had a way of drawing every eye to what he was doing on stage. As an incredibly trained dancer, he would pick up an entire dance number in a matter of minutes; something that would take us days. I truly envied him as a performer. We were a part of something people never get to experience in an entire lifetime at the tender ages of 12 and 14. Although we were a band for only 3 years, at that age, it feels like a lifetime and we built a real brotherhood."

Jesse ended his post, saying, "In later years, we would grow apart as our lives would take different turns, but I would often reflect on our early days together and think about how exciting it all was. My deepest sympathies go out to his mother whom I know cherished him dearly. RIP Chris. I’ll never forget your smile. #DreamStreet #ChrisTrousdale."