Over the weekend, Halsey, John Cusack and Machine Gun Kelly were just some of the big names to take part in the George Floyd protests.

Last week, video showed white police officer Derek Chauvin with his knee on Floyd's neck during an arrest. Floyd said he could not breathe and pleaded for help, but later died.

On Saturday, Halsey reunited with her ex, Yungblud, as they marched on the streets of West Hollywood as part of the Black Lives Matter rally. On Saturday, she documented her experience, tweeting, “[Police] Fired rubber bullets at us. we did not breach the line. hands were up. unmoving. and they gassed and fired.”

fired rubber bullets at us. we did not breach the line. hands were up. unmoving. and they gassed and fired. pic.twitter.com/K8YauF0APn

Shutting down rumors she was arrested, Halsey said, “I WAS NOT ARRESTED. Im safe. There were ppl I had to get to safety as many of them have VISAs. Myself + many of my peers were shot, gassed + antagonized. The frontline was calm + did not provoke. BUT MANY ARE NOT SAFE + MANY ARE IN CUSTODY.”

The following day, Halsey went to Santa Monica to participate in another protest, where she gave first aid to an injured protester. 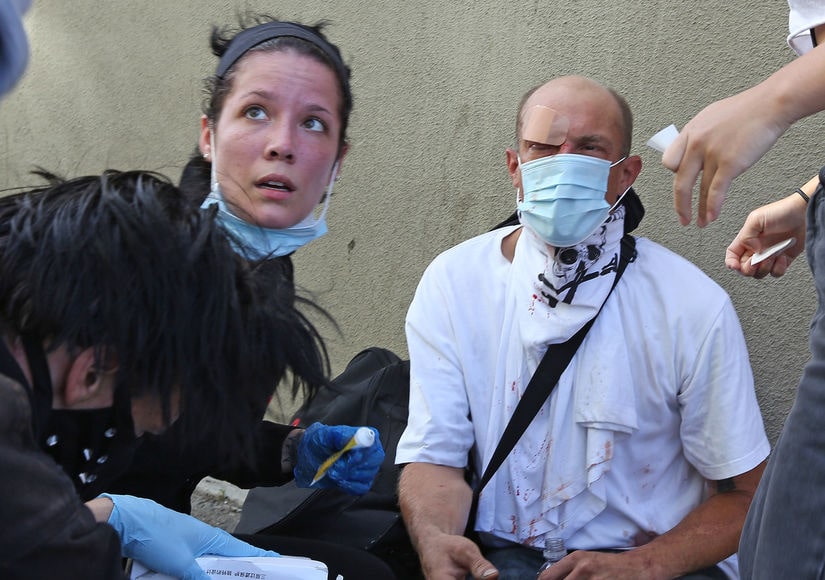 She emphasized on Twitter, "Do not underplay these rubber bullets bc you have been told they are 'not lethal'. I had to bandage a man who looked like his entire face had exploded today. So before you say, from the comfort of your home, that we're exaggerating, please consider the injuries some have suffered."

Emily Ratajkowski also joined Los Angelenos in Santa Monica. She tweeted, “Today was depressing in Santa Monica. 100s of protestors peacefully kneeled & chanted in front of dozens of police cars & national guard vehicles. 2 blocks away young kids were looting the promenade and there were no cops anywhere.”

“The national guard and LAPD basically said 'go ahead' to the looting and stayed out of the area instead spending their time tear gassing protesters,” Emily continued. “They want our protests=violence and distraction. They want to reinforce racial stereotypes so that white America, as always, will stand behind their giant guns and machine tanks. I saw all of this with my own eyes today. And I'm so sad.”

Machine Gun Kelly was seen holding a sign that read “Prosecute Killer Cops” while protesting in Santa Monica. Days before the rally, he said on Instagram, “If you look like me and you have racism in your heart, and on your mind, and coming out your mouth, f*** you. I'm ashamed of you. If you enjoy my music or you like my movies, I don't want you watching, I don't want your business. F*** you. I don't want nothing that's a part of the evil agenda...step up and speak out for our fellow people going through all this hell right now." 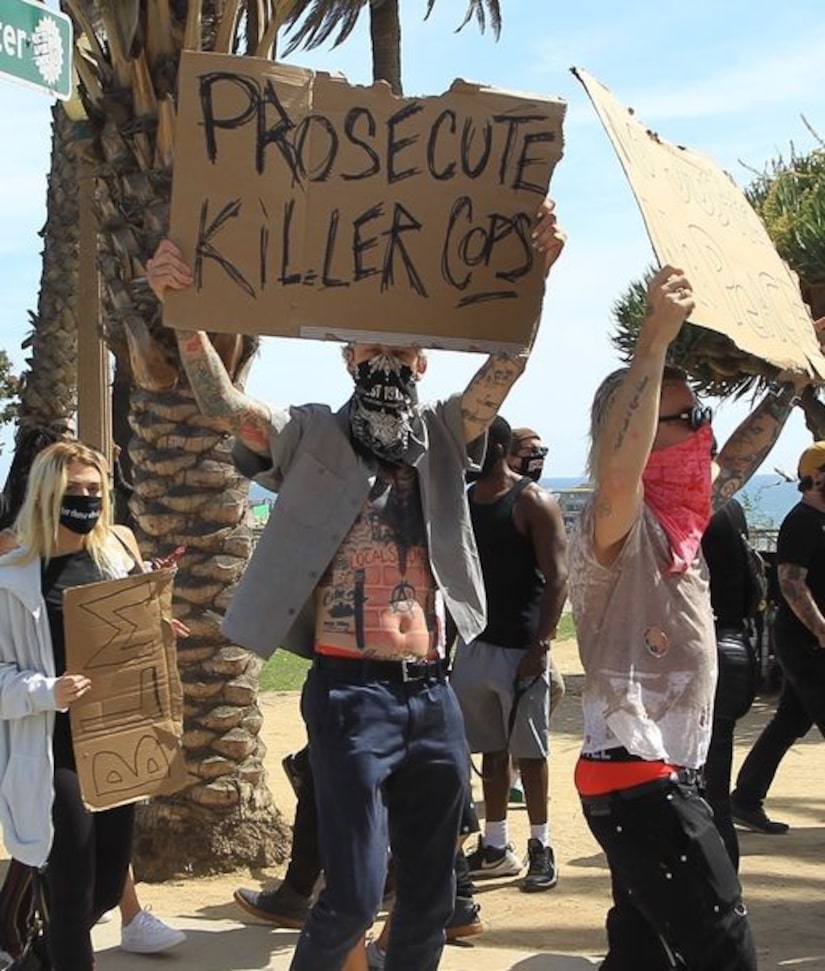 Ariana Grande and her new boyfriend Dalton Gomez also stepped out together to protest. Urging the media to focus on the protests instead of the looting, she tweeted, "Hours and miles of peaceful protesting yesterday that got little to no coverage. all throughout beverly hills and west hollywood we chanted, people beeped and cheered along.we were passionate, we were loud, we were loving."

"Insecure" actor Kendrick Sampson shared his experience with the police on social media. He tweeted, "Glad I y'all witnessed this. Esp the video of them actually targeting us. He didn't try to ricochet the bullets of the ground - one tactic - he pointed the gun DIRECTLY AT ME. I actually got hit 7 times with rubber bullets and many with batons. My boy has stitches. #DEFUNDPOLICE."

John Cusack protested Floyd's killing in Chicago. He tweeted, “It's nasty as f**k out there, everyone is on edge, things burning- open looting - Magnificent Mile- and all over.”

Cusack also tweeted about a rough encounter with the police, saying, “Cops didn't like me filming the burning car so they came at me with batons. Hitting my bike. Ahhm here's the audio.”

In another video, he showed “some of the peace officers - who gently tuned up my bike with their batons."

These were some of the peace officers - who gently tuned up my bike with their batons- pic.twitter.com/atMf8VaV6l

Nick Cannon joined protesters in Minneapolis, where Floyd was killed. He told Variety, "I had to go to Minneapolis. I needed to be right there on 38th Street and Chicago where George Floyd's life was tragically stolen from him. I needed to see the people in that community — how much love they had for their community and their people and how much pain this has caused. We feel the pain go across the world — the anger and the hurt. Those visuals will never be removed from our minds."

"We're in the middle of a pandemic and instead of coming closer together and operating as one humanity, people go within and want to protect the focus on an old mind-sets of classism and racism. This doesn't have to exist anymore. People are searching for a new normal," Cannon insisted. "I don't want to go back to our old normal — clearly that was killing us on many levels."

Ellen Page took to Twitter to document the scene at Barclays Center, where the Brookyln Nets play their home games. 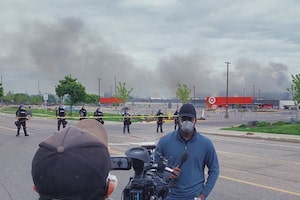 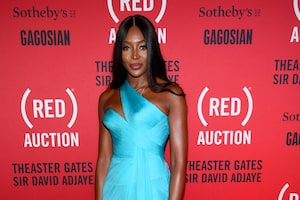 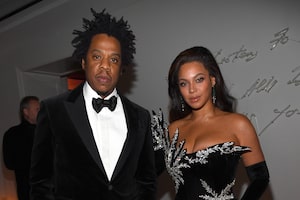