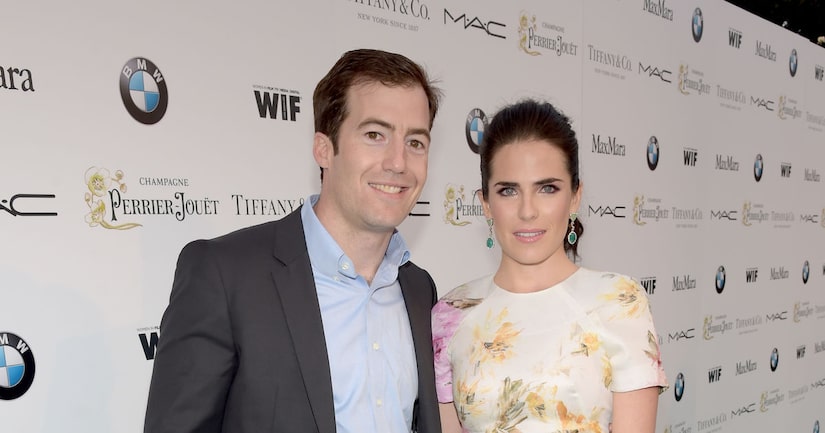 “How to Get Away with Murder” actress Karla Souza, 34, is going to be a mom again soon!

On Wednesday, Karla announced that she is pregnant with her second child with husband Marshall Trenkmann. Along with posting an Instagram pic of her baby bump, she revealed that she is due in “the next four weeks.” Referencing her online course "Unleased," she wrote, “Those of you who have already watched module one of #Unleashed already know this, but building this course has also coincided with my pregnancy ❤️ Opening up in such a deep way while creating life has been such a gift and I'm honored to continue sharing, growing, and UNLEASHING with you all over the course of the next four weeks.”

Souza's decision to wait to announce her pregnancy comes as no surprise since she kept her first pregnancy unwraps until giving birth to Gianna. Her pregnancy and birth announcements came on the same day in 2018.

The baby news comes just weeks after the series finale of “How to Get Away with Murder,” in which she played Laurel Castillo for six years.

Earlier this month, she bid farewell to the show, writing on Instagram, “And that's a wrap 🥺🥰 Thank you to everyone who contributed to the last 6 years of @howtogetawaywithmurder! I'm overwhelmed with emotion to be at the end of this beautiful journey, at the same time, I'm also eternally grateful to have brought Laurel Castillo to life ❤️ Thank you @petenowalk, @shondarhimes, @violadavis, and every single person who was part of this production! I've learned from each one of you. This isn't goodbye — just see you later 🤗.”