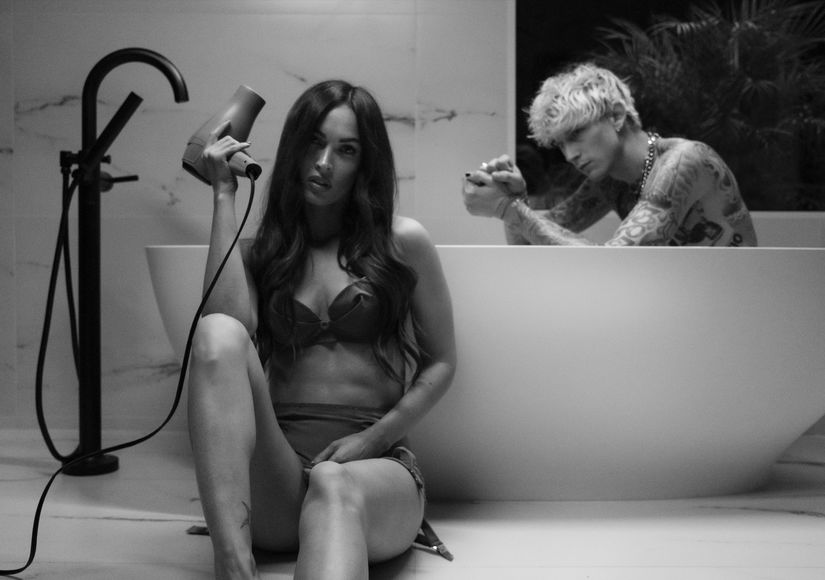 Days after sparking romance rumors, Machine Gun Kelly and Megan Fox are starring in a sexy music video together.

It starts out innocently enough as the singer wakes up in bed next to the gorgeous Fox — that is, until he realizes his hands are tied. Megan doesn’t stop there, taping his mouth shut and later keeping him bound with pink duct tape.

Meanwhile, Fox dances and prances around the house in her underwear, often lip syncing to the lyrics of the song.

In the end, she goes femme fatale, dropping a blow dryer in the bathtub where Machine Gun Kelly is helplessly restrained.

Megan and MGK, who met on the set of “Midnight in the Switchgrass,” made headlines when they were spotted together during quarantine. Around the same time, her husband Brian Austin Green shared a cryptic message on Megan’s 34th birthday. Along with a pic of a butterfly, he wrote on Instagram, “Eventually butterflies get bored sitting on a flower for too long. They start feeling smothered. It’s a great big world and they want to experience it.”

Green later confirmed his split with Megan after nearly 10 years of marriage on his podcast “…With Brian Austin Green,” and discussed her relationship with MGK, real name Colson Baker. 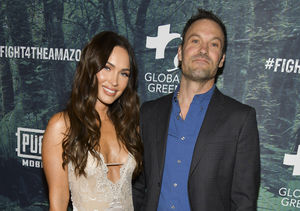 The actor explained, “She met this guy, Colson, on set… I’ve never met him… Megan and I have talked about him. They’re just friends at this point.”

Green went on, “I trust her judgment. She’s always had really good judgment. I don’t want people to think her or he are villains or that I was a victim in any way.”

Megan and Brian wed in June 2010 and have three children together: Noah Shannon, 7; Bodhi Ransom, 6; and Journey River, 3. 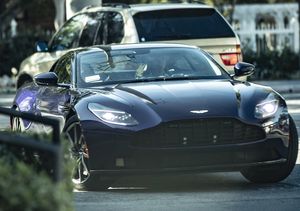 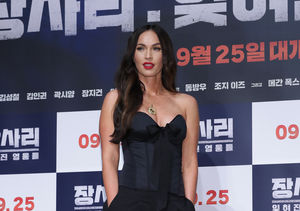 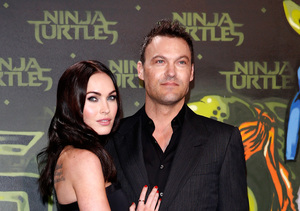