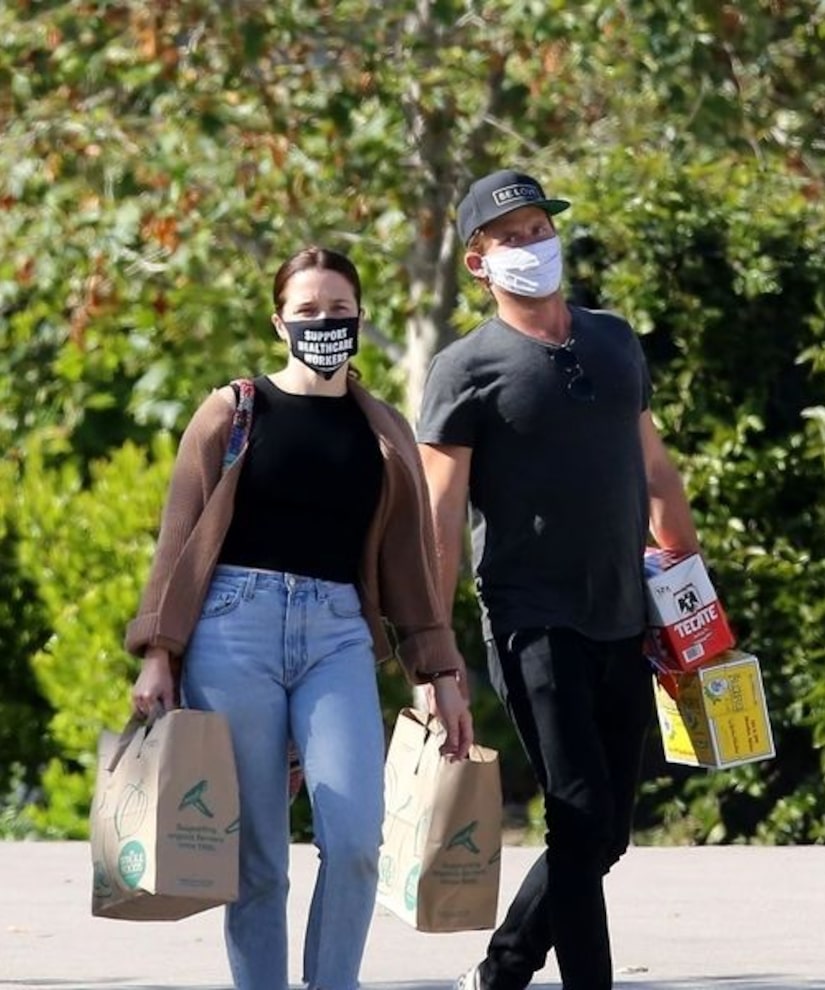 Actress Sophia Bush, 37, has kept her love life on the down-low for several years, but it looks like she has a new man!

Bush has been spotted several times with Grant Hughes, the founder of FocusMotion Health.

Just days ago, Sophia and Grant were seen stocking up on groceries in Malibu. They headed back to his place for a possible cooking date.

Bush showed her appreciation for frontline workers during the COVID-19 pandemic by wearing a face mask with the slogan “Support Health Workers.”

Sophia recently wrote on Instagram, “Let's talk about masks. I'm masking for my friend Doctor Robbin Cohen, my UPS man JP, the staff at my local grocery store, my immuocompromised poppa, and my mom of course, my best friends, and YOU! Why? Well, these little face coverings matter, in a big way. We've seen some incredible effects of the early adoption of face masks (look up the stats in the Czech Republic!) at dramatically slowing the spread of COVID-19.”

“Here in LA, I'm so grateful for every person I see on essential errands who is wearing a mask, which is almost everyone I see! And because I know that their masks protect me, and my mask protects them, I know I'm doing my part to love and support my neighbors and essential workers by wearing mine," she went on. "As some states are considering opening back up slowly over the next few weeks, it's TRULY ESSENTIAL that we ALL do our parts. Y'all! The universal use of face coverings -- not PPE grade, let's leave those for healthcare + essential workers -- is an important step to add to our practices of not touching our faces, extended handwashing, keeping to safe distances if we're out, and of course, staying home!"

Days later, Sophia was seen wearing the same mask while holding hands with Grant. During the outing, they were also seen sharing a sweet embrace during a stroll in Malibu.

Bush was last linked to “Chicago P.D.” co-star Jesse Lee Soffer, but they called it quits in 2015 after two years of dating.

In 2018, Bush shared her take on dating, telling Arianna Huffington on the “Thrive Global” podcast, “When you're in the public eye, for example, and you have a relationship that ends, as most do, people say, 'Oh, this failed, this marriage failed, this couple failed.' Well, no, they just ran their course," she said. "I'm still trying to work it out in real time."

In another interview with Anna Faris, Sophia revealed her biggest dating mistake, saying, “What I realize, when I look back at the way I have operated… also, by the way, as a serial monogamist for a long time, and stuck in relationships that were not good for me. What I realize is that I have to own my role in it, because more often than not, I have chosen to date the potential I see in someone and not who somebody is in this current moment. And that's not to throw shade at anybody. That's simply to say I settled for less.”