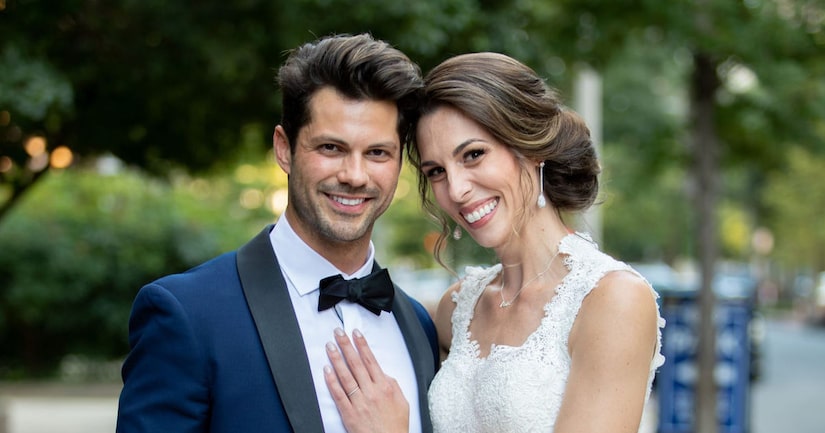 Mindy Shiben and Zach Justice are going their separate ways after tying the knot on “Married at First Sight” Season 10.

The couple announced they were getting divorced on the season finale, and now Shiben is speaking out to FOX News about what she learned from the short-lived relationship.

Things got bad after she realized he was texting with a friend of hers.

She told FOX she was “crushed,” adding, “I was quite frustrated trying to figure that out. There were text messages that were deleted and everything. So, you know, once I came to terms with what happened and everything, I just tried to look at the future and not dwell on that.”

Shiben said things are different now. “I will say that I've decided to choose my friends very wisely, and I only have wonderful people in my life right now.”

She shared more frustrations, saying, “It felt like he was just spending time with me when he was obligated to for the filming.”

During taping, Zach said he didn't want to move in together because he wasn't attracted to Mindy.

She addressed the situation, saying, “[Zach] just seemed to be kind of closed up to me. And he brought up the attraction thing many times and I became very frustrated that, in my eyes, he was using this lack of attraction to not open up and not get close to me. So, I feel like I was putting in a lot more effort than him,” she said.

Mindy thinks the matchmakers did a good job, and noted they couldn't have “predicted his apprehension.”

Now, she has a new mindset. “I've realized my self-worth and that I am offering a lot,” she said.

Moving forward, she now knows that her partner “needs to be my best friend.”

Zach hopes they can remain friends. He told People, “There's a feeling of failure the comes with the word 'divorce,' regardless of context. Thankfully, Mindy and I came to an amicable conclusion to the divorce and were able to move forward with friendship. All while having shared such a unique experience together.”