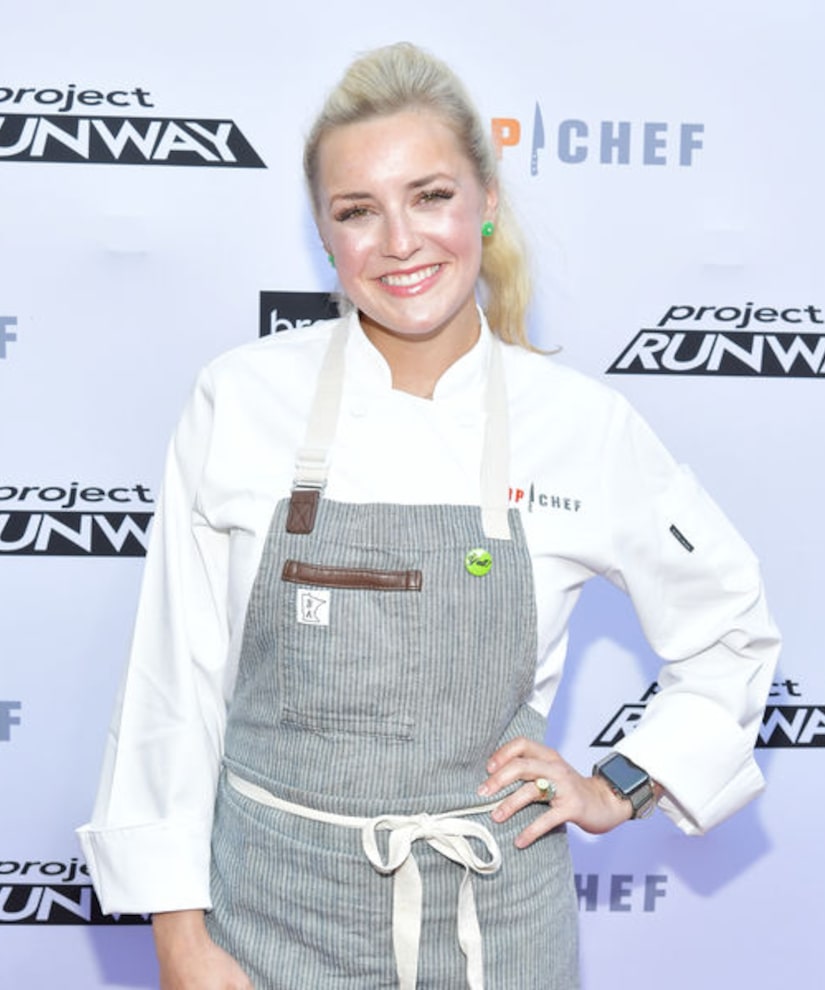 “Top Chef” winner Kelsey Barnard Clark and husband Deavours Clark have a baby on the way!

A few days ago, Kelsey announced the big news on Instagram with the help of their son Monroe. Along with posting a pic of Monroe holding a sonogram, she wrote on Instagram, “I've always been the type of person who makes decisions swiftly, and with certainty. On the contrary, Deavours is the definition of analytical. When we found out we were pregnant with our first child, a little over 3 years ago, I was sure we'd leave the hospital without being able to decide on a name for him or her. However, to my complete shock, when we started discussing names it was easy.”

“We immediately agreed that we'd always choose names from family ancestry and that our first girl would carry on our grandmothers' names. When we shared the news of our pregnancy with each of our grandmothers, we told them about our plans to honor them if it was a girl. Days later, they invited us to lunch and said they had something special to give us,” Kelsey went on. “With proud, beaming smiles, they handed us a tiny Bible wrapped in lacy pink cloth with a short, sweet note from both of them. There was no hiding their excitement. We hate they're missing out on this earthly debut, but we have a feeling they had a hand in the matter someway, somehow.”

Kelsey noted that their baby is “due this fall.”

On her Instagram story, Clark revealed that they are having a baby girl. In a pic, Monroe is seen painting pink.

Kelsey has also posted a pic of her growing baby bump. On Tuesday, she wrote, “Full lap, full heart. 💓💙.”

Last year, Kelsey opened up about missing one of Monroe's big milestones since she was filming “Top Chef.” She told People magazine, “He was walking and he was not walking when I left. And I absolutely, honest to god, lost my s— on the phone. I was just like, 'I want to leave. This is horrible. What have I done? My child's walking!' It put me into a spiral for days.”

“I couldn't handle it,” she admitted. “I actually turned down my last phone call because I had like less than two weeks left, so I said, 'I think it's better if I don't talk to him.' I was just a mess. And the only way I could get through it would be to block out everything and focus on the competition in hopes that I could find this way to better my family in the long run.”

At the time, Monroe was less than a year old.