On Tuesday, James announced the split, writing on Instagram, “I know a lot of you have been asking if I will be attending the NHRA races this year to work on Alexis' funny car. Its [sic] with an incredible amount of sadness to let you know Alexis and I have decided to end our marriage.”

“We spent close to seven amazing years together,” James continued. “Working on her race car for five of those years was one of the highlights of my life. Also a highlight was trying my best to be a good dad to her daughter. Something that will leave a huge hole in my heart forever.”

As for what led to their split, he revealed, “Unfortunately at the end of the day our lives were just headed in different directions. Creating a distance that was insurmountable. I wish her the absolute best in her racing and life. I hope you can respect our privacy in this tough time. Thank you.”

In 2018, DeJoria opened up about their marriage, revealing that her billionaire dad John Paul, co-founder of Paul Mitchell hair products and the Patrón Spirits Company, introduced them. She told Graham Bensinger, “We have a lot of similarities.”

James popped the question to DeJoria in 2012 and married each other in Malibu a few months later. Of their wedding, John shared, “That was a great wedding... We had a combination of everything.” Watch! 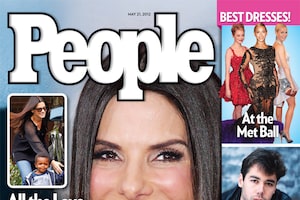 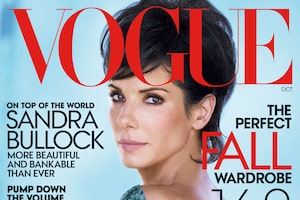 Sandra Bullock on Cheating Scandal: ‘Nobody Can Be Prepared for Anything’ 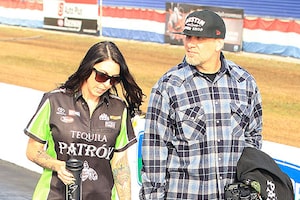 Jesse James Ties the Knot for the Fourth Time