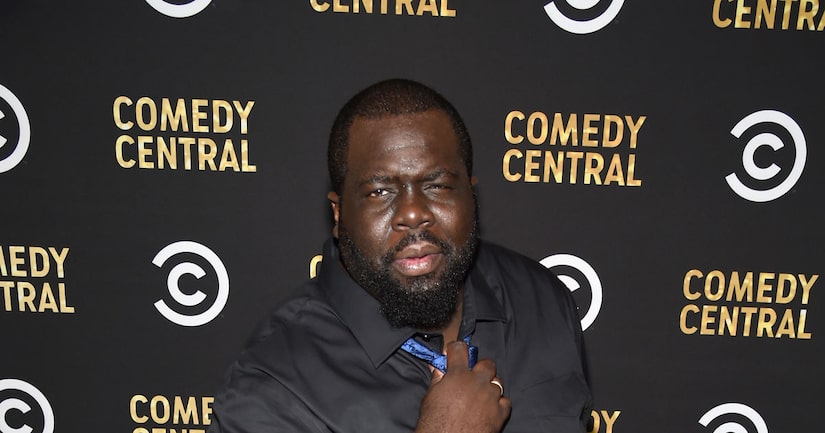 Comedian Chris Cotton has passed away at the age of 32.

Comedy Central shared the sad news, tweeting, “We're devastated by the loss of Chris Cotton — a hilarious comedian, a beloved member of the Comedy Central family and a joy to be around. He will be missed."

The cause of death has not been released.

At the time of his death, Cotton was awaiting the arrival of his first child with wife Ericalynn Cotton, who is reportedly due in February.

A week before his passing, Cotton performed at Carolines on Broadway comedy club in New York City as part of its Breakout Artist Comedy Series.

A GoFundMe page has been set up, with all the funds going to his wife.

The pair had also created an Amazon registry for their little one.

After the news broke about his death, his friends, including “Broad City” actor Hannibal Buress, mourned the loss. Hannibal tweeted, “A few weeks ago Chris Cotton randomly hit me up to thank me for a gig I got him YEARS ago that led to some other work for him. I was in the middle of booking Isola Fest and booked him during the call,” Buress wrote. “I was psyched to see him this weekend. RIP.”

“The Tonight Show Starring Jimmy Fallon” writer Nate Dern tweeted, “Chris Cotton was a beautiful person with so much love to give. Everyone loved him instantly. He regularly made me laugh so hard that I cried. I am honored that I got to work with him and know him. Love you, Chris. Rest In Peace.”

What a total shit year. Philly lost a great comic and a truly great person. My heart goes out to the family of Chris Cotton and all those close to him. Chris was also about to be a dad. Here's a link to he and his wife's Amazon registry:https://t.co/Pf4xk5klfE#ripchriscotton pic.twitter.com/pLszIzePB0