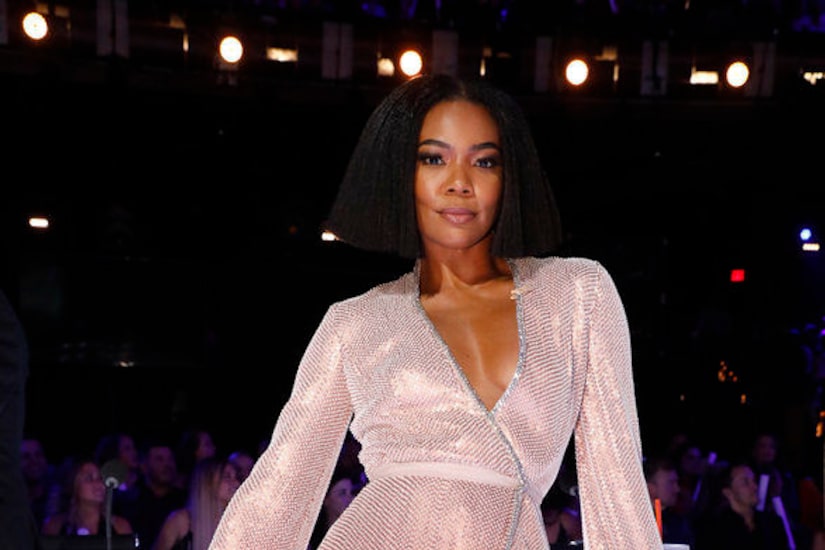 Last week, news broke that Gabrielle Union wouldn't be returning to “America's Got Talent,” and the nature of her exit has been the subject of much speculation!

It has been reported that Union's contract was not renewed after she complained about what is being described as a “toxic culture” inside the NBC show.

Union reportedly complained about a joke made by Jay Leno, who appeared as a guest judge on the show in April.

Neither Union nor Leno commented on the report, but Union's husband Dwyane Wade shared his reaction, tweeting, “So when I got the news that my wife was being fired—my first question was obviously why? I am still waiting on a good answer to that question. But if anyone knows @itsgabrielleu or have heard of her you know she's an advocate for our community and culture.”

NBC told “Extra” that the show “has a long history of inclusivity and diversity.” They added, “NBC and the producers take any issues on set seriously.”

Deadline reports Union and NBC will meet soon to alleviate the problem, but she won't be coming back as a judge. She reportedly retained the same attorney who successfully fought for Megyn Kelly in her multi-million dollar battle when NBC fired her.

Amid all the drama, some of Hollywood's biggest names, including Wendy Williams, Sharon Osbourne and Eva Longoria have shown their support for Gabrielle.

On Tuesday's episode of “The Wendy Williams Show,” Wendy said, “Gabrielle, if they offer you your job back, I wouldn't even take it.”

Osbourne, who spent six seasons on “America's Got Talent,” told the audience of “The Talk” on Monday, “The crew and everybody were amazing to me... everybody except the network.”

She added, “I left. And that's the truth. I left because NBC, not because of the show. I had my own problems with the network.”

On Monday night, “Extra” spoke with Nia Long at the Celebration of Black Cinema event in Los Angeles about Union, who also reportedly faced criticism over her changing hairstyles on the show. She commented, “The only reason I'm ever watching that show is to see her hair and her makeup... and if anyone has a problem with that... that's their problem..”

Eva Longoria took Gabrielle's side, tweeting, “It's time for NBC to take these allegations seriously.”

“Grey's Anatomy' creator Shonda Rhimes tweeted, “I'm with Gabrielle. Discrimination, harassment, and retaliation have no place on 'America's Got Talent' or any workplace.”

Simon Cowell, whose production company is behind “America's Got Talent,” has not made any public comment and is leaving the talking to NBC bigwigs.