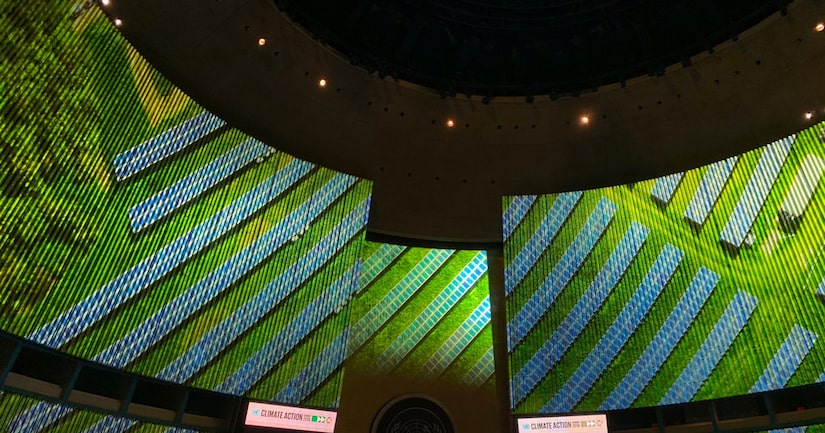 Heads of state and delegates from around the world met at the United Nations Climate Action Summit in NYC to discuss the environment.

Verizon was among the companies at the summit and gave attendees a realistic view of the effects of climate change using groundbreaking technologies.

The company presented a four-minute video produced by their next-gen motion-picture studio, RYOT.

The video combined data visualization, real-world footage, and CGI from the film “2040” to “flood” the walls of the assembly hall to convey the urgency of climate change.

Verizon CEO Hans Vestberg also announced that the company has joined the UN Global Compact and is committed to sustainable business practices.