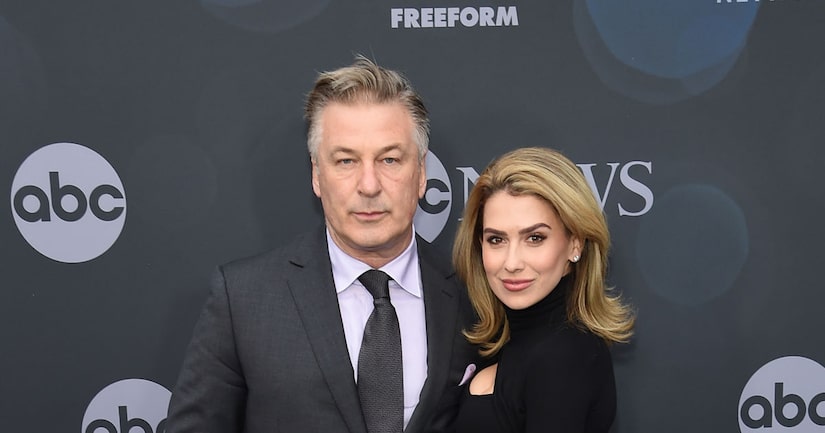 On Wednesday, Hilaria posted an ultrasound on Instagram, writing, “It is still very early...but we have learned that there is a little person inside of me 💛.”

Acknowledging her recent miscarriage, Hilaria added, “The sound of this strong heart makes me so happy — especially because of the loss we experienced in the spring. We want to share this news as we are excited and don't want to hide the pregnancy.”

As for how she's feeling, Baldwin admitted, “These first few months are tough with exhaustion and nausea... and I don't want to have to pretend that I feel ok.”

Baldwin ended her post with one big ask: “My one request is that the media not send paparazzi to follow me or buy independent paparazzi photos, hence encouraging them. I want to remain peaceful during this very early time in my pregnancy and getting chased around by cameras is not in the doctor's orders 💛.”

Over the years, Hilaria has been documenting her pregnancies on social media, so she'll most likely continue doing the same. We can't wait to see her baby bump!

Hilaria's husband Alec Baldwin recently sat down with “Extra's” Billy Bush, discussing the possibility of having more children in the future. He said, “We have every reason to believe we would do that again… The timing, when and how, I mean, I don't have the baby, obviously, so whenever she feels like she's in that zone and wants to go through that again. It's tough on her.”

In May, Hilaria explained why she decided to speak out about her miscarriage. She told “Extra's” Renee Bargh, “It's much more about the issue and less about me because once I opened up, so many people come to me and said they experienced the same thing.”

She added, “There's so much shame surrounding it. So I just wanted to be open. And it wasn't so scary. A lot of time you find out when you open up it's not scary.”

Hilaria and Alec, married for seven years, are already the parents of Carmen, 6, Rafael, 4, Leonardo, 2, and Romeo, 15 months.