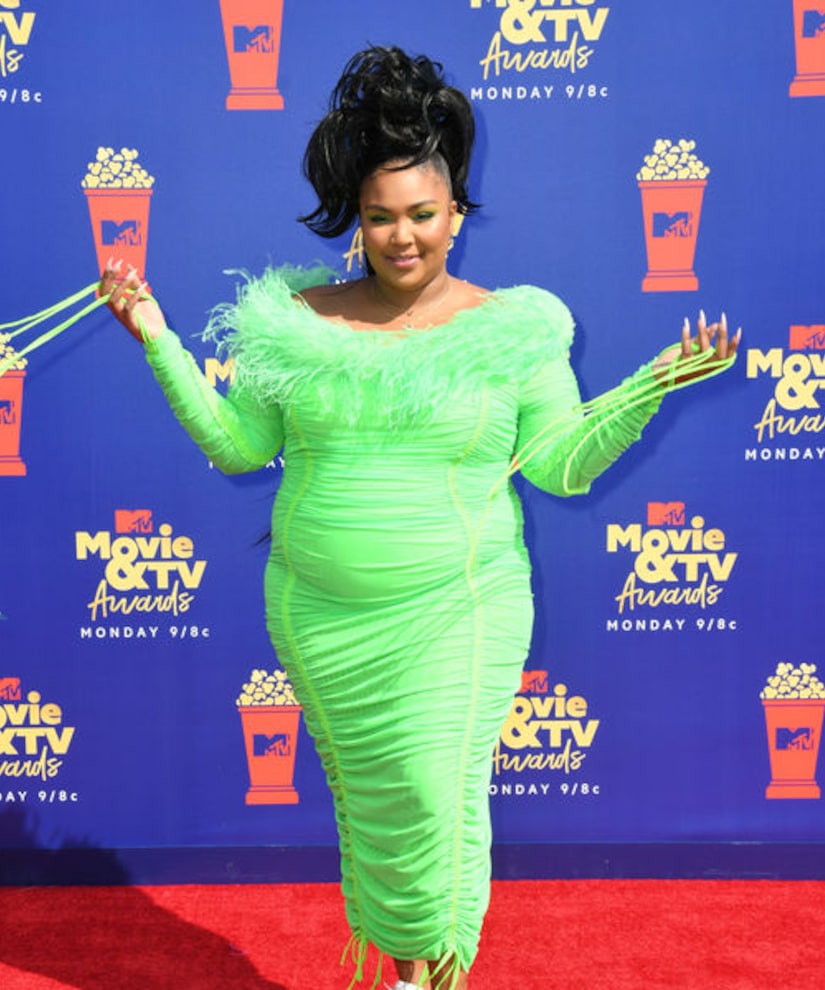 Singer Lizzo is having a real moment!

Over the weekend, “Extra's” Renee Bargh caught up with Lizzo on the red carpet at the MTV Music & TV Awards ahead of her performance.

Lizzo, with hits like “Juice” and “Good as Hell,” is turning big celebrities into big fans! She recently performed in front of Beyoncé at Coachella, sharing, “Being modest, oh, you know, it was really cool.”

Known for her confidence and positivity, she pointed out that Beyoncé is "like the greatest performer of our generation, so you really have to pull your game together when you know who's in the audience." Did she? "I thought I did pretty good.”

Another fangirl who has reached out to her? “Queen Latifah… she's the best. I was like, 'What?!'”

As for who wants to collaborate with her, the 31-year-old dished, “Oh, Justin Timberlake. He trying to make music... I was like, 'Boy, stop.'"

When Renee asked if a collaboration is actually in the works, Lizzo referenced one of Timberlake's hit songs, saying, “Cry me a river! Hell, yeah.”

While Justin doesn't appear on her recent album “Cuz I Love You,” we'll be keeping our ears open for the duet!