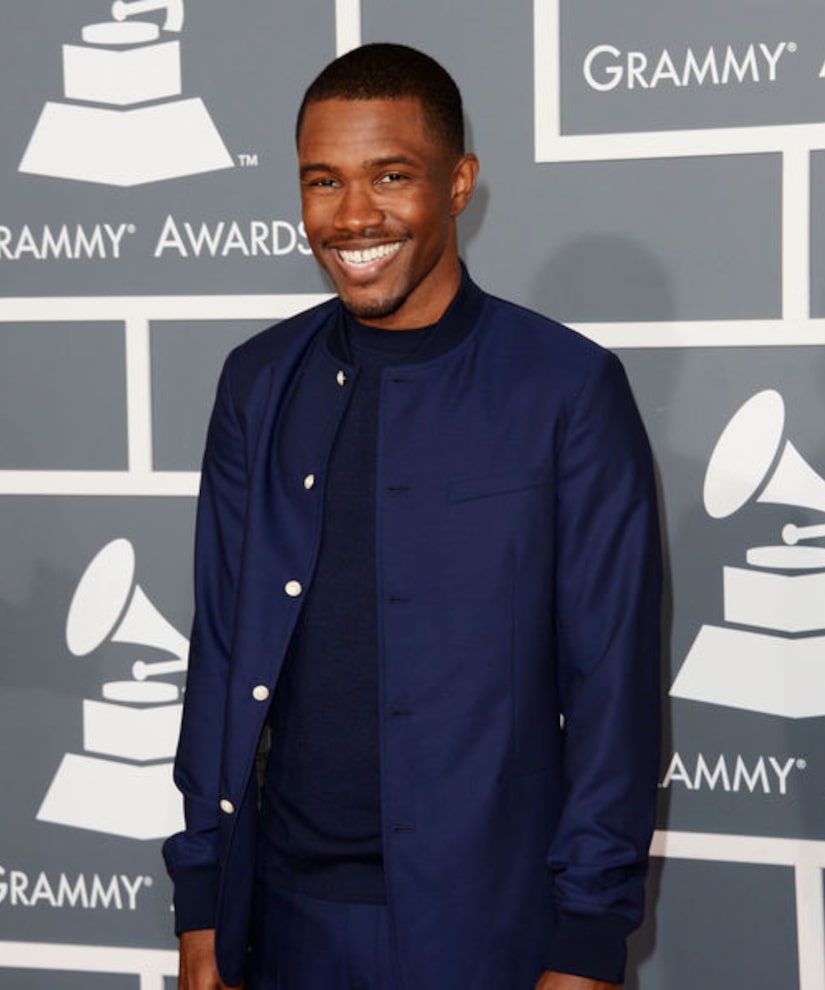 Surprise! Frank Ocean is in a relationship.

The rapper told Gayletter he has been with someone for three years now, but he didn't reveal the person's name.

Ocean has been quiet about his dating life, after opening up to fans in a 2012 Tumblr post about falling in love with a man when he was 19.

The 31-year-old later added, “It is a little hectic being a famous person on dating apps.”

Ocean also shared a few other tidbits about his personal life, saying he watches a lot of MSNBC, but also likes “Chef's Table,” “Handmaid's Tale,” and “Grown-ish.”

The Grammy winner doesn't keep up with “RuPaul's Drag Race,” but when asked if he would ever be a guest judge, he replied, “Of all the talent shows on TV, that would be the most likely.”

“I've been doing it for years. I'm not like a god of rock climbing or anything, but I do enjoy it. The routes are like little problems. I like problem solving. It's kind of a solo sport if you're bouldering, so you don't need to organize anything to go; you can just pull up and do something different than a classic day in the gym. It's super relaxing. I mean, it wouldn't be relaxing if I was coming at it like [rock climbing god] Alex Honnold, out here risking my life, (laughs), but the way I approach it is pretty calm.”