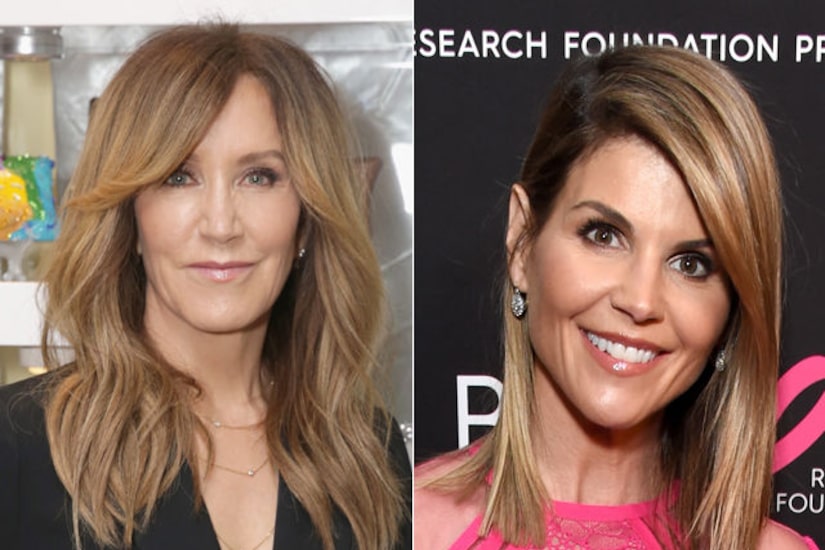 Actresses Felicity Huffman, 56, and Lori Loughlin, 54, are in some unexpected legal trouble.

Huffman and Loughlin have been charged in a college admission scam. Felicity has been arrested and is in custody, but will be released on a signature bond.

According to court records obtained by "Extra," the actresses are among 50 people who allegedly paid “enormous sums” to get their children admitted to elite colleges like Yale, Stanford, Georgetown, UCLA, and USC. The docs state, "[Loughlin] agreed to pay bribes totaling $500,000 in exchange for having their two daughters designated as recruits to the USC crew team — despite the fact that they did not participate in crew — thereby facilitating their admission to USC." The feds revealed that her husband Mossimo Giannulli, 55, who was also indicted, sent action pictures of their kids on rowing machines.

As for Huffman, she allegedly gave a “purported charitable contribution of $15,000... to participate in the college entrance exam cheating scheme,” which gave her daughter twice the amount of time to take the SAT, and a secret proctor corrected her answers afterwards. The document added, “Huffman later made arrangements to pursue the scheme a second time, for her younger daughter, before deciding not to do so."

Huffman's husband William H. Macy, who was only listed as her “spouse” in the papers, was not indicted in the scandal. Two months ago, the actor, who turns 69 Wednesday, opened up about the stresses of college applications, telling Parade, “She's going to go to college… We're right now in the thick of college application time, which is so stressful. I am voting that once she gets accepted, she maybe takes a year off. God doesn't let you be 18 twice… But it's just my opinion, and we'll see what she wants to do, what Felicity thinks and how the chips fall.”

Based on the court documents, the FBI recorded phone calls, which reportedly contain Loughlin and Huffman talking about the scam with a cooperating witness.

In the scandal, parents paid William Singer, who ran the charity Key Worldwide Foundation, which would give that money to an SAT or ACT administrator or a college athletic coach who would fake a profile for the prospective student. The court documents revealed that Singer “used the purported charitable donations from parents, at least in part, to bribe two SAT and ACT test administrators.”

In a morning press conference, it was announced that Singer, who will plead guilty to racketeering later today, received $25 million in total to run the scheme.