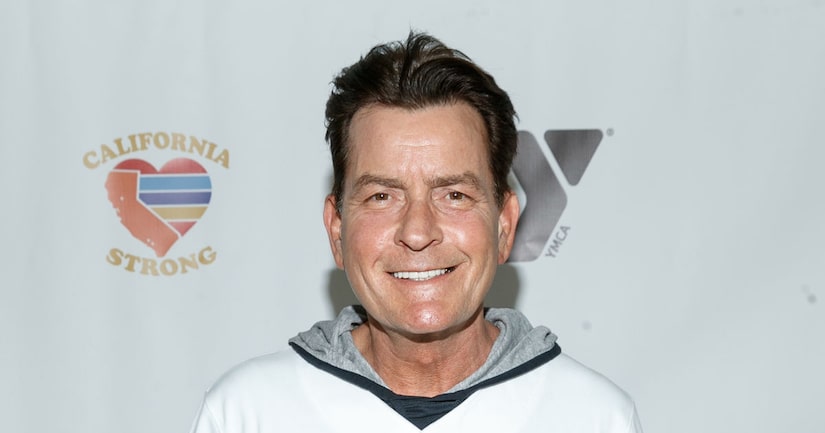 Charlie Sheen is adding a new job to his resume – music video director!

Sheen was in Nashville to direct country artist Tim Montana's “Mostly Stoned” music video, and “Extra's” Alecia Davis caught up with Charlie and Tim on the set.

Charlie didn't want to give too much away, saying, “It's much more powerful to show people than to just try to explain it.”

Tim did explain that the duo came to work together through Rob O'Neill, the Navy Seal who has taken credit for killing Osama bin Laden. O'Neill is also from Tim's hometown of Beat, Montana.

Tim said, “[Rob] came to help out with the 'Hillbilly Rich' video, and he had met Charlie because Rob had become inspired to become a Seal because of the movie 'Navy Seals.'"

Montana continued, “He sent Charlie the video, and all of a sudden people are like, 'Dude, Charlie Sheen is tweeting about you,' I was like, 'Thank you God, Charlie,'" adding, “We became buddies over the phone, went to L.A. a couple of times, threw this song at him and popped the question. He said yes.”

Alecia asked if Charlie jumped at the opportunity, “I did,” he said. As for what he likes about Tim's music, Sheen said, “It was hybrid, it wasn't completely rock and roll, it wasn't country, it was right in the middle… I heard this song... song is a masterpiece, and we need to create something special to tell a story within this… I started writing stuff down and sent it to him… and here we are.”

Sheen called the process fun, but hard. “It's a lot of work, it's challenging, it's exciting, we're on a really tight schedule, we are shooting four days in two.”

He could be open to doing more, saying, “It depends on how this one turns out. If it's as fabulous as we anticipate, then I'd be honored to keep going.”

Charlie admitted he wasn't a country fan at first. “If this is my entry to the country world, then what a way to jump in.”

Sheen just appeared in a Planter's Super Bowl ad. He explained, “That was a last-minute ad… I was on aisle 9 at Gelson's, and he (Eddie Braun) was like, 'Can you get here right now?'"

Is there a chance of a reboot of “Two and a Half Men”? “No, there hasn't been any discussions, but if it were to re-emerge, I would be front and center."

Tim added with a laugh, “And every gas station we stopped at along the way hopes it happens.”

Sheen is co-parenting his daughters Lola and Sam with ex-wife Denise Richards. How does he handle advice as they get older? “I tell them, 'You have a guy in your life that has more knowledge on a lot of things than the average bear, so please access it.'”

Don't expect to see him on “Real Housewives of Beverly Hills” with the fam. “You're gonna see the girls… I don't appear on shows I don't watch.”

The actor is also still celebrating his sobriety. “Nice to be back on planet earth, I've missed it here.”