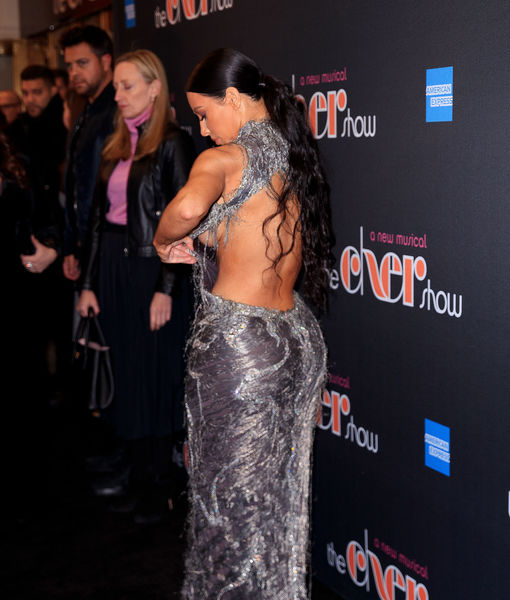 Last night, reality star Kim Kardashian exposed more than she wanted to on the red carpet at the opening night of “The Cher Show” on Broadway.

As she was adjusting her eye-popping dress, Kardashian exposed her sideboob, causing cameras to flash immediately!

Kardashian laughed off the wardrobe malfunction by posting a pic of the mishap, covering it up with a GIF of Cher from “Mammia Mia! Here We Go Again.”

On the same night, Kim’s husband Kanye West was called out on Twitter by Broadway actor Jarrod Spector, who plays Sonny Bono in the show. He tweeted, “Hey @KanyeWest so cool that you’re here at @TheCherShow! If you look up from your cell phone you’ll see we’re doing a show up here. It’s opening night. Kind of a big deal for us. Thanks so much.”

Kanye apologized for being on his phone, tweeting, “To Cher and the Cher show team the dynamics of Cher and Sonny’s relationship made Kim and I grab each other’s hand and sing ‘I got you babe’ please pardon my lack of etiquette. We have so much appreciation for the energy you guys put into making this master piece.”

A source told TMZ that Kanye was taking notes from the show on his phone. 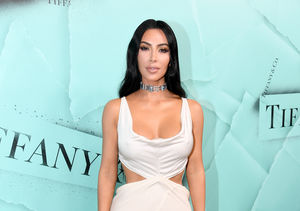 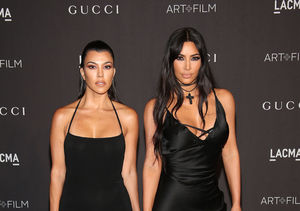 Kanye West’s Surprise for Kim Kardashian for Her Birthday