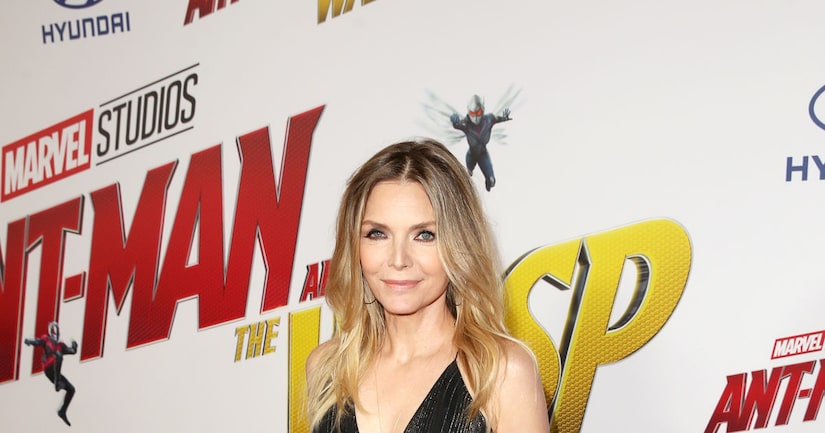 Last night, Michelle Pfeiffer was stunning in a metallic jumpsuit by Saint Laurent at the premiere for “Ant-Man and the Wasp.”

“Extra's” Renee Bargh caught up with Michelle, who plays Janet Van Dyne in the movie. As for why she decided to join the Marvel family, the acclaimed actress said, “I had heard it was just a really... that working for Marvel was a really fun experience and I'm sort of now all about the experience.”

One family she will not be joining... the cast of her husband David E. Kelley's HBO hit, “Big Little Lies.”

When asked if she would appear on the show at some point, Michelle replied, “No… No. No chance.”

Also, though her husband is the creator of the show, she said she knows nothing about what is coming up in the second season. Pfeiffer, who is a “genuine fan,” explained, “I will not let him tell me because I love the show so much and whenever he's on the phone talking about this or that I'm always like 'la la la la,' you know?"

Michelle can be seen in “Ant-Man and the Wasp” in theaters July 6. 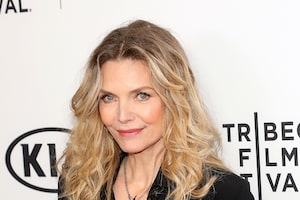 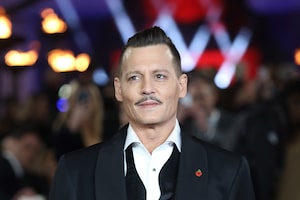 ‘Murder on the Orient Express’ Cast Talks Working with Johnny Depp, Plus: Michelle Pfeiffer’s Big Role That Got Away 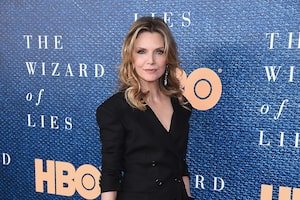