Over the weekend, Crane allegedly shot and killed his ex-wife Parisa Siddiqi, who was working at a retail store in The Oaks Mall in Thousand Oaks.

After firing “multiple times,” Crane attempted to kill himself, but failed. 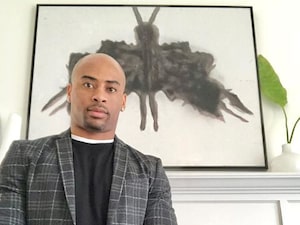 Crane has not been officially charged with a crime, since authorities are still waiting to see if he'll survive.

Ventura County Sheriff Captain Garo Kuredjian told RadarOnline, “He is not awake and is unresponsive.”

Crane and Siddiqi's two kids are reportedly staying with family while he is being hospitalized. Cpt. Kuredjian pointed out, “He hasn't had any visitors.”

Crane, who claimed to have appeared in “Little Giants,” had become a big name in luxury real estate in Beverly Hills, working with executives, entertainers and sports figures.