“Extra's” Renee Bargh was at the “Stranger Things” premiere in L.A. last night, where star Millie Bobby Brown was nearly unrecognizable and unbelievably grown up! 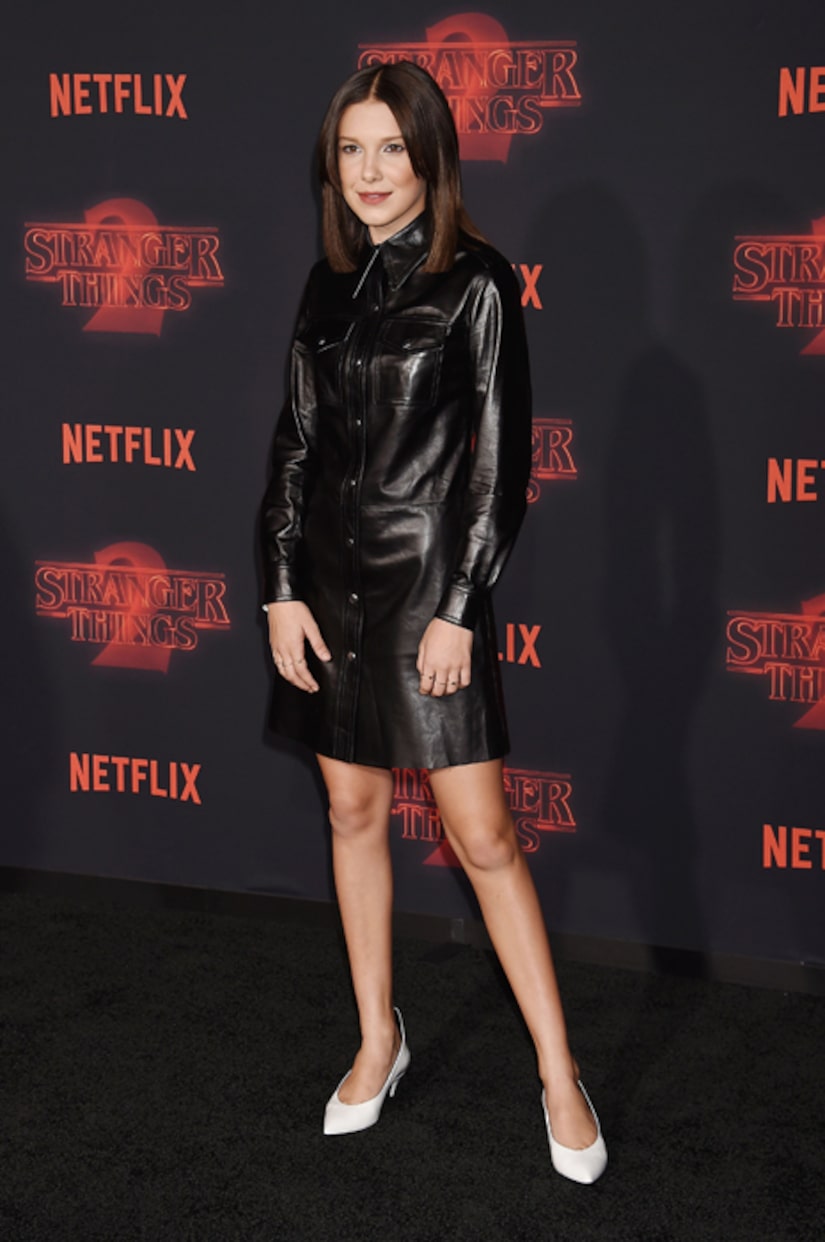 The 13-year-old actress dressed in black leather shirt dress Calvin Klein dress and white kitten heels. Millie changed up her signature short 'do, opting for darker locks, bangs and, according to People, a few hair extensions to create a long bob. 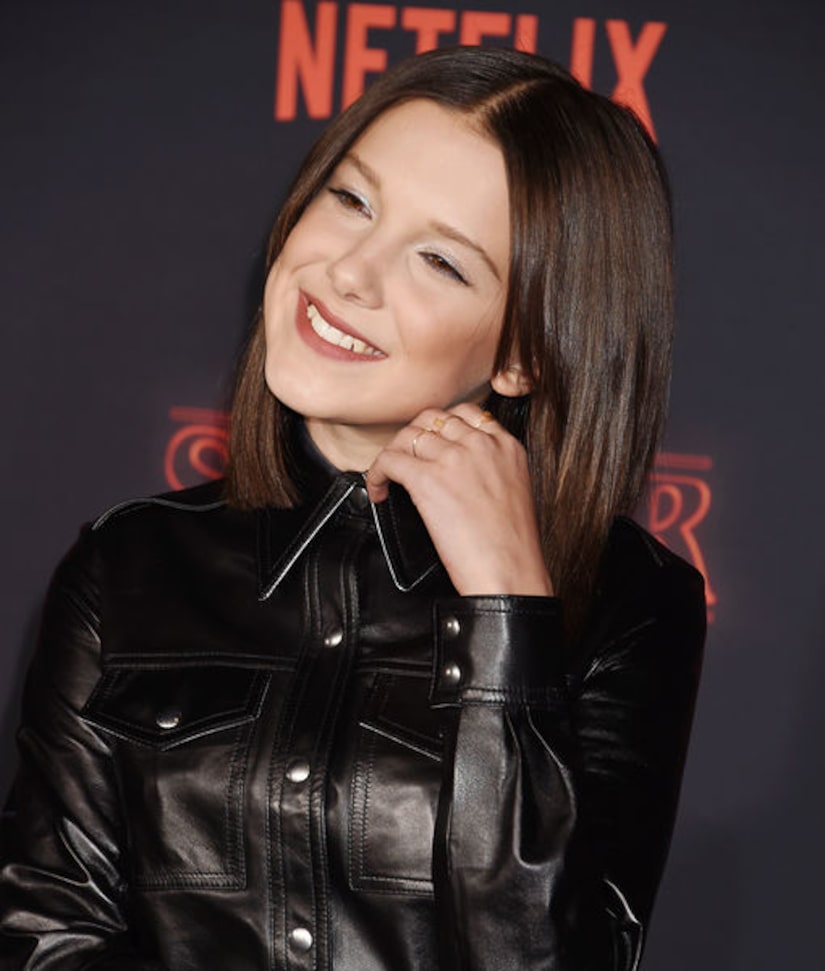 Her character Eleven also goes through a hair evolution. Millie told Renee her Season 1 hair was “quicker,” but her Season 2 hair was “much more fun.”

Bargh also caught up with Winona Ryder, who looked stunning in a black gown. Ryder revealed she got the dress at a bargain, “This is a $15 dress from Petaluma.” 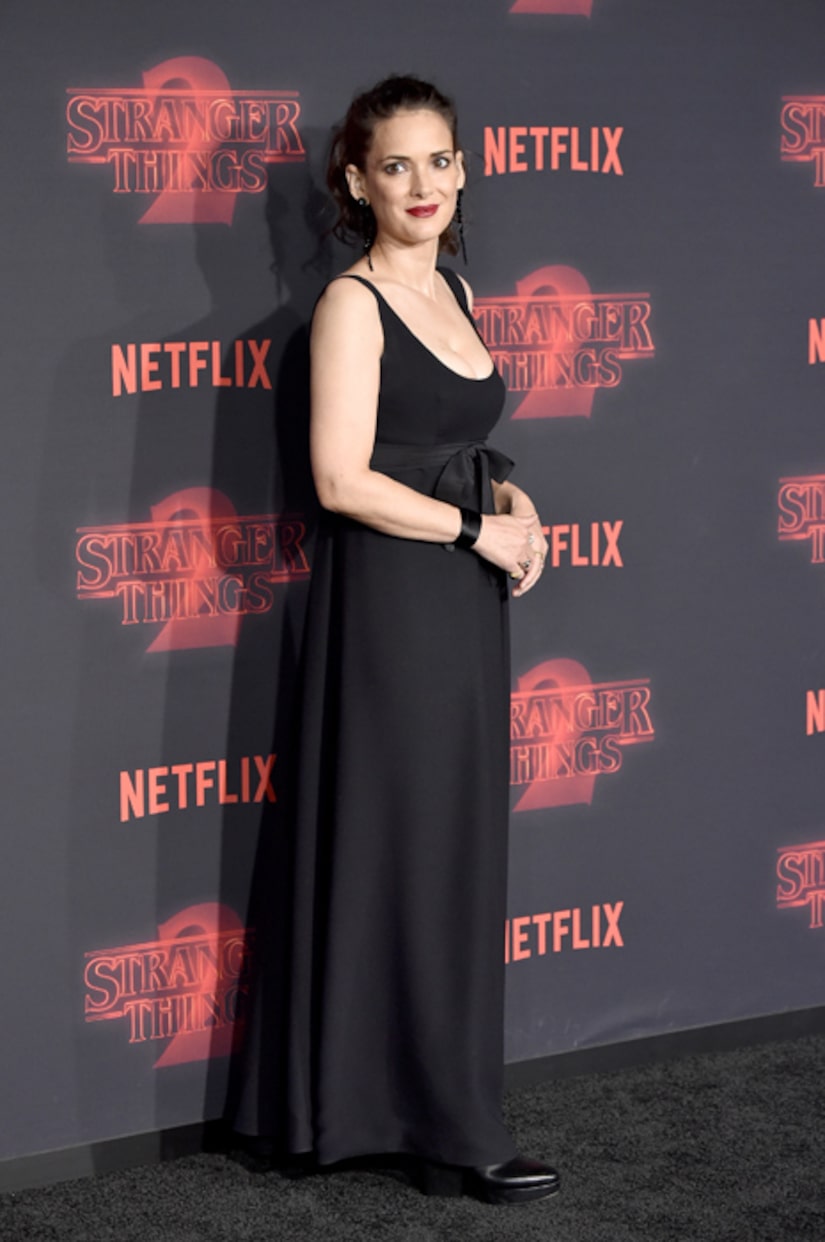 When Renee asked her secret to looking young, Winona insisted, “soap and water” a little something she learned from her grandmother.

Check out more interviews with the cast of "Stranger Things"! 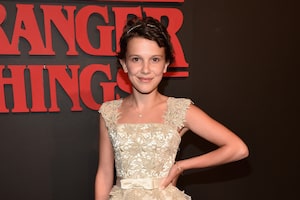 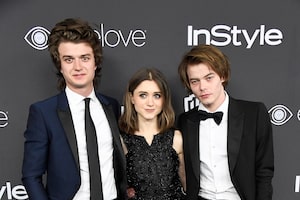 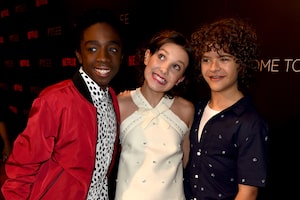