Two weeks ago, Venezia, who was from Bridgetown, Barbados, won the top prize at the Rip Curl GromSearch in North Carolina, and was said to have Olympic aspirations.

Stab Magazine reports Zander was with friends and photographers on Tuesday to surf a heavy break known as “Box by Box,” which is on the east side of Barbados

Former pro and surf instructor Alan Burke, who was not there when the tragedy occurred, opened up to Surfline about what happened, calling it “horrible news” and saying he was in “shambles” over the loss.

“I'm told that Zander got overturned by a closeout set, where he likely hit bottom," Alan said. "[Fellow surfer] Nathan Florence got to him first, then shouted for the other guys and started to perform CPR. Zander was bleeding, and he wasn't moving. They tried to get him to the beach quickly, which was difficult. Box by Box is a tough place to get in and out of, even if you have the ability. There's lots of big rocks around, and some stick out of the water."

Burke said Zander was rushed to the hospital, where he was “breathing, but not responsive,” adding, “From the time Nathan got to him in the water to when they arrived at the hospital, it was about 75 minutes of nonstop CPR." 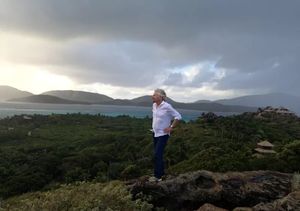 According to Alan, autopsy results revealed that Venezia was knocked unconscious and drowned.

Shortly before his death, he told friend and surfer Dylan Graves, “I just got the best wave of my life.”

His friends took to social media to mourn Zander. See their posts below.

As I make my way home from Barbados I've been going through photos on my phone and finding so many great ones of Zander from over the years. Many memories from all over to hold onto forever. You touched a huge amount of people's lives in a positive way. #livelikezander #enjoyedlife #gonetoosoon #barbados

Im still In shock. What an absolute pleasure it was meeting you earlier this year @zandervenezia I didn't know you long but you seemed like the nicest kid. And you were charging so hard your last session! I was so impressed. My deepest condolences to the Venezia family. Hats off to @louis_venezia who kept his cool during a critical time of Zander's rescue, I can only imagine what you were going through in that moment and now 😔. Also to everyone of the crew who was out surfing and helped get him in. The conditions were extremely challenging. You all know who you are and each and everyone gave it there all in giving Zander his best chance to live 🙌🏼may we all find peace in that. RIP @zandervenezia see you on the other side my friend 📷 @slashsmash

Today we witnessed the worst case scenario. Thankful to see the stoke of his last wave and that's how I'll always remember this kid. RIP @zandervenezia and 🙏 to your amazing family.

Yesterday had a few extreme emotions to say the least. The surfing community lost a smile out in the water way too soon. I only knew him for a short time but It didnt take years or weeks or days to see how much Zander loved surfing and being the ocean. He had a smile ear to ear after every wave that session getting barreled off his head. I have no doubt in my mind that sunset was you shining this beautiful light down on your family. Rest in paradise @zandervenezia My heart goes out to his mother his father and his family and friends. @dylangraves @nathan_florence @_danielrusso_ and everyone else in the water is a part of a community. A community that will always be there for each other in the water. A community that will cherish zanders life forever. We will miss you kid. 🙏🏼♥️ 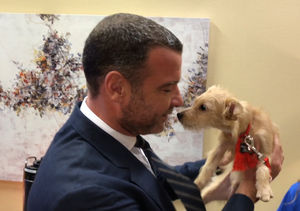 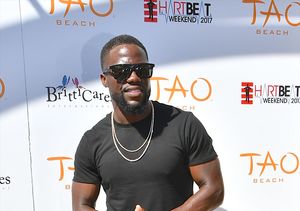 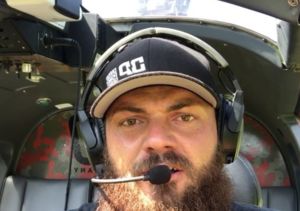 Recharge and Reconnect! A Trip to Campowerment Makes a Unique Valentine’s Gift