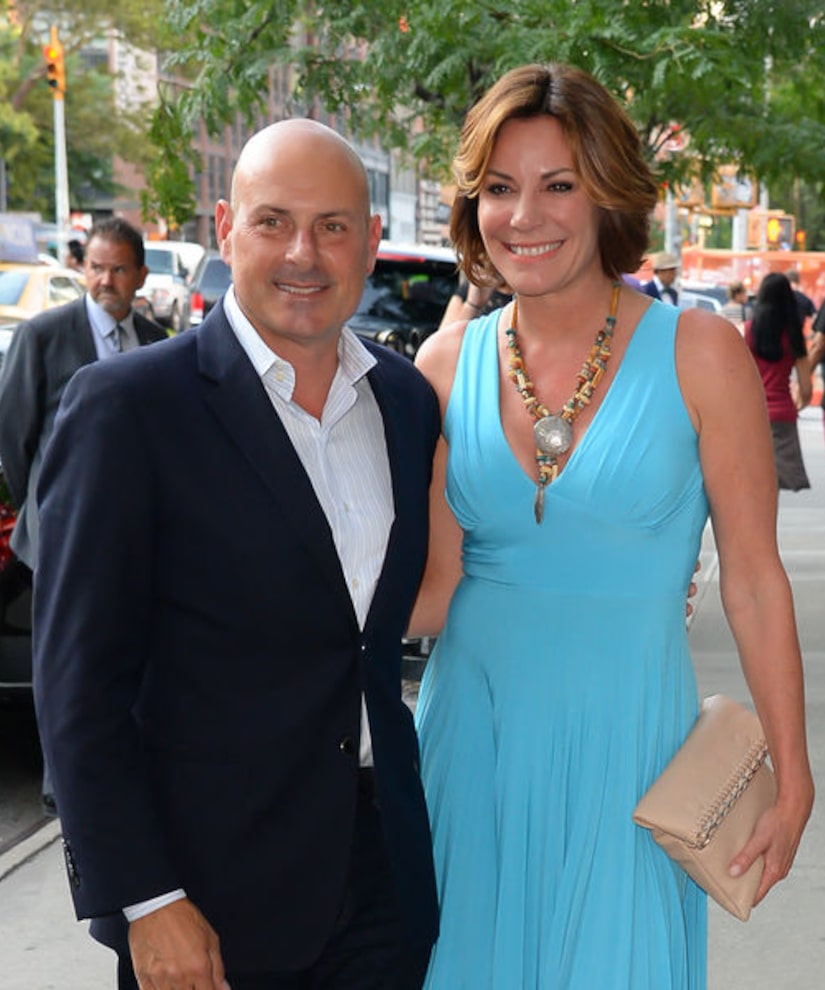 Luann shared the “sad" news on Thursday, tweeting, "It's with great sadness that Tom & I agreed to divorce. We care for each other very much, hope you respect our privacy during this sad time!”

It's with great sadness that Tom & I agreed to divorce. We care for each other very much, hope you respect our privacy during this sad time!

Sources tell DailyMail.com cheating is to blame, with insiders telling People magazine that Tom couldn't stop acting like a bachelor.

A close friend told DailyMail.com, “He cheated on her twice and she found out about it. It's just a matter of him not being able to be faithful. He has been a bachelor his entire life, so it was really hard for him to conform to married life. It's just crazy · he was never able to be faithful and that's the bottom line.

A source close to D'Agostino said infidelity was not the reason they split. “That's not true,” the source insisted. "That's not the conversation Tom and Luann had about why their marriage ended. That is not at all why the marriage ended. I don't even know that he did cheat on her.”

The source also referenced a photo that Bethenny Frankel showed Luann of Tom kissing an ex, prior to the wedding, saying, “There was the kiss before the engagement party, but that was it.”

Meanwhile, a People source explained, “Tom was 50 and had never been married. He never wanted to give up his bachelor lifestyle.”

Last month, the pair faced divorce rumors, but Luann denied the reports, telling People, "Tom and I are in love, and marriage takes work. We are working on this together.” At the time, a source claimed, "There have been a lot of problems. She felt he was using her for her fame and he went from Ramona to Sonja to her. He's a Housewife groupie.”

Before the pair tied the knot in December in Palm Beach, “Extra's” AJ Calloway went shopping for a wedding dress with Luann in NYC. During their chat, Luann opened up about pictures of Tom kissing his ex and her decision to forgive and forget, saying, “I'm not going to let a kiss ruin our future.” Watch!