It was a big day for the Baldwins Friday as Alec and his beautiful wife Hilaria renewed their vows. The couple celebrated their fifth wedding anniversary by getting married again with their three children by their side. 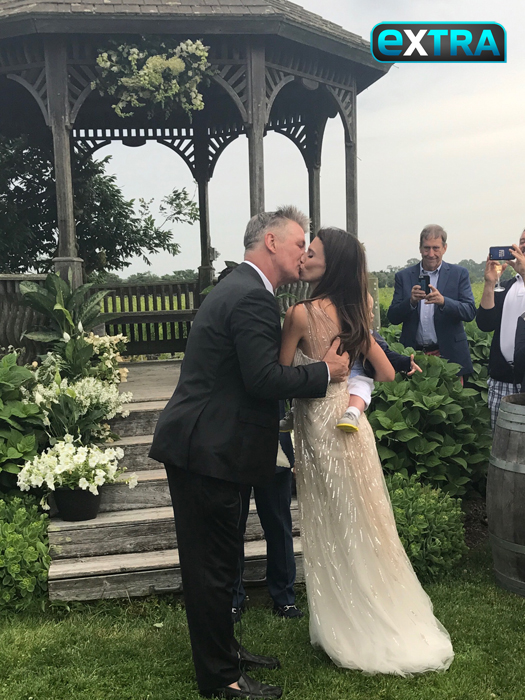 Only “Extra” was with them as they prepared for the occasion. The happy couple had a busy few weeks leading up to the ceremony.

“Extra” joined Hilaria and her adorable little girl Carmen at Manhattan’s famed Amsale Salon as they chose dresses for the big day. Hilaria admitted, “The whole relationship went fast.” Sharing why they chose to renew their vows at this point in their relationship, she said, “It was actually Alec’s idea.” Turning to Carmen she said, '“Cause Daddy’s very romantic, right?” Carmen agreed.

That leads to the big question: After having three little ones — Carmen, 3, Rafael, 1, and Leonardo, 9 months — will the couple try for baby #4? Hilaria is still on the fence, saying, “I don’t know, we’ll see…”

Hilaria wore a dress designed by Amsale Aberra, just as she did when the couple wed at the famed St. Patrick's Cathedral in 2012. The 33-year-old looked stunning in her dress, and Carmen looked beautiful as well, even if she had hoped for more color. “I want my dress to be rainbow,” she admitted.

Amsale revealed Hilaria's dress was champagne in color, and noted, “She wanted to be relaxed." Hilaria added, “It’s glamorous.”

The ceremony’s hairdresser explained the bride-to-be-again’s look, saying, “We’re going to do more down, looser, softer, more how Hilaria feels comfortable with her hair and her look altogether.”

Congrats to the happy couple!

Check out video of Carmen and Hilaria getting fitted! 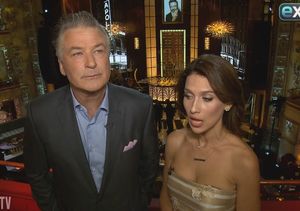 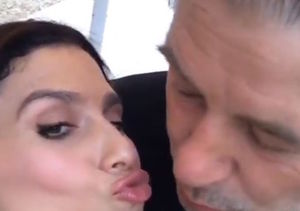 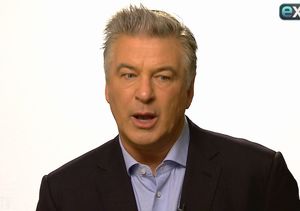