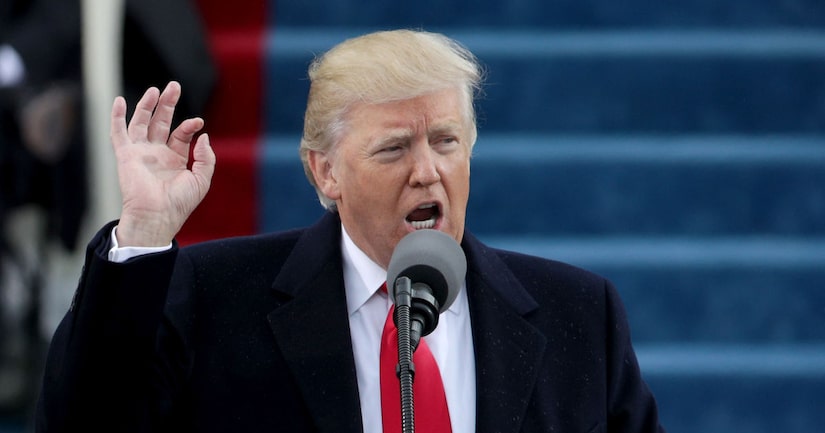 Earlier today, Donald Trump was sworn in as the 45th President of the United States.

Once he took the mic, President Trump told the crowd in Washington D.C., "We, the citizens of America, are now joined in a great national effort to rebuild our country and to restore its promise for all of our people… Today's ceremony, however, has very special meaning. Because today we are not merely transferring power from one administration to another, or from one party to another — but we are transferring power from Washington, D.C., and giving it back to you, the American People.”

"From this moment on, it's going to be America first. Every decision on trade, on taxes, on immigration, on foreign affairs, will be made to benefit American workers and American families,” President Trump continued. "We must protect our borders from the ravages of other countries making our products, stealing our companies and destroying our jobs. Protection will lead to great prosperity and strength.” Watch!

After hearing his speech, many big names took to social media to share their thoughts, including Chrissy Teigen, John Legend, and even Hillary Clinton, who lost the election to Trump.

Chrissy sarcastically tweeted, "can u guys feel it? america is great again all of a sudden it's so weird. he was right!”

The last 2 inaugurations were very crowded. This one is so... roomy

Here we go with the changing of the guard.... praying for a successful few years of moving our nation forward! 🇺🇸🙏🏻

I'm trying to be a respectful diligent American rt now but as I start to watch this inauguration- Regression is the word that comes to mind.

Ok let's do it. And I look forward to the new President setting a great example from today on! https://t.co/f08cdLeyp6

I gave a better speech about nighttime teeth brushing to my toddler last night. Should've recorded it.

I'm here today to honor our democracy & its enduring values. I will never stop believing in our country & its future. #Inauguration 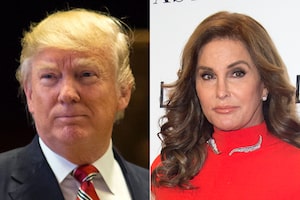 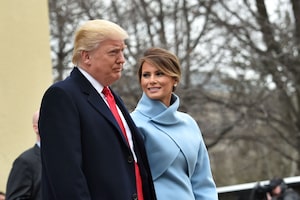