The 2017 Sports Illustrated Swimsuit Issue is going for the gold with Olympians Aly Raisman and Simone Biles!

Big news: America's sweetheart @simonebiles will be featured in the 2017 @si_swimsuit issue. 😍

It’s only been five months since the two gymnasts racked up a combined seven gold medals at the Rio Olympics. Now, they’re trading in their leotards for sexy bikinis.

Five months after turning heads in #Rio, @alyraisman will be in the 2017 @si_swimsuit issue. #siswim 👙

SI teased their shoots with a video. Aly stuns in a sexy black two-piece with cutouts, while Simone — doing handstands — rocks a black printed bikini. They were both also photographed in barely-there white suits.

Five months after turning heads in #Rio, @Simone_Biles and @Aly_Raisman will make their #SISwim debut! pic.twitter.com/YQ8sOZtBrC

The issue, out in February, will coincide with the first-ever Vibes by Sports Illustrated Swimsuit Event in Houston, February 17 and 18. All of the models in the issue will be in attendance, with performances by Diplo and Miguel.

#SISwim is headed to Houston for a weekend of #music, #food and #culture at @posthtx on February 17-18 featuring celebrity chefs and performances from @diplo and @miguel. Tickets go on sale at 3pm. See link in bio.

M.J. Day, SI’s Swimsuit Issue editor, said of the event, “This year’s ‘VIBES’ event will be an all-new and expanded experience, offering fans a cultural festival that spotlights not only the amazing stars of the iconic Swimsuit franchise, but the best in food, music and more.” 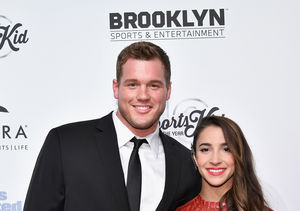 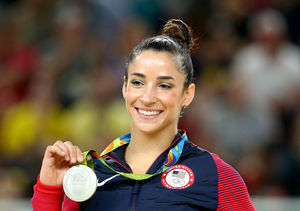 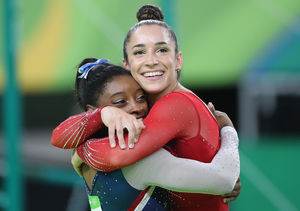