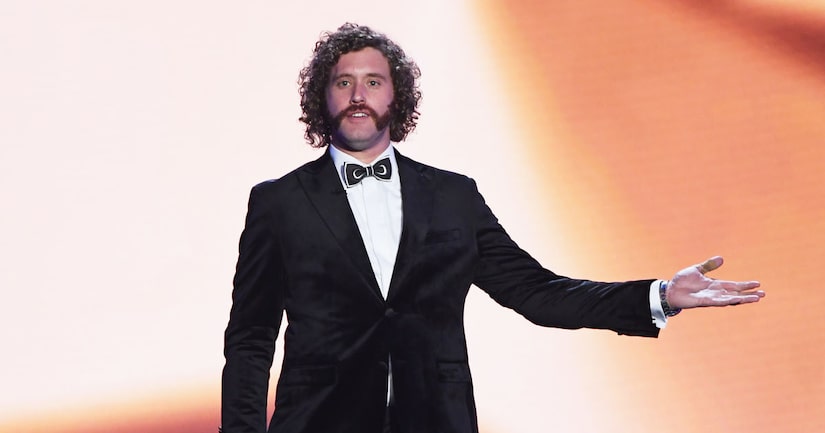 Sunday was a big night for “Office Christmas Party” star T.J. Miller, as he hosted the Critics' Choice Awards. It was his first public appearance since the funnyman made headlines for allegedly hitting his car service driver late last week.

Miller, who is a huge fan of “Extra,” came right to Renee Bargh with his wife Kate Gorney. “I'm excited to be talking to 'Extra,'" he said. Though he played coy about the incident, he said, “We'll address that in the room during the show. We can't ruin the surprise!”

The surprise onstage was he didn't address it at all! Instead, the host took a jab at President-elect Trump in his opening number. "Before we start, we need to address the elephant in the room." He continued, "It's been in the news all weekend, and it's really affected me: The election was definitely hacked by the Russians.”

T.J. was hosting the show for the second time, telling Renee the creative control granted by A&E makes it fun. “They let us do whatever we want, my sketch group from Chicago. We are all friends. They are the ones writing it… It's really, really a fun show… There's nothing like this; it's eight times as funny as last year.”