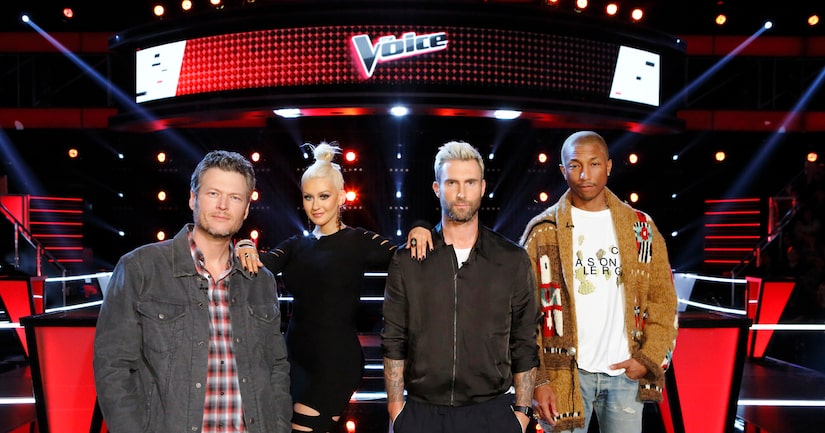 All of Hollywood is mourning the death of Prince today, including the judges of "The Voice."

Earlier today, “Extra's” Renee Bargh spoke to Blake Shelton, Adam Levine, Christina Aguilera, and Pharrell Williams in West Hollywood, where they attended a scheduled charity event and reacted to the news of the singer's death.

Blake Shelton was absolutely blown away by the news of Prince's death at age 57. “I never met the guy and I wish I could have… It's beyond sad, feels like one of those days there was an attack somewhere, it's that big of a blow… I don't think anybody saw this coming… I'm still not sure why this had to happen… I still can't believe we're talking about it right now.”

Christina Aguilera shared her own memories of spending time at his famous house parties, where he actually performed himself. She said he completely shone onstage and called him someone who will “always inspire.”

Pharrell Williams was also inspired by Prince, saying, “I was honored by his presence. His work had such an impression on me. His physical presence will be missed, but he was generous with his work — it's the way he wanted it.” His favorite Prince song? “Nasty Girl.”

Adam Levine, who knew Prince, said the music legend will be missed.