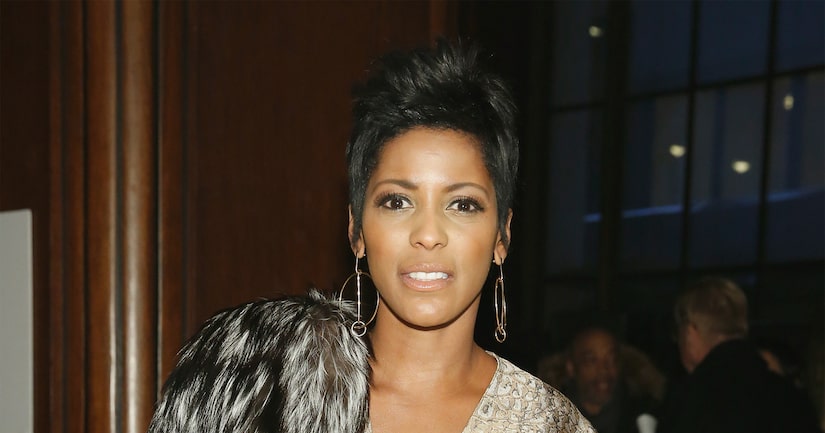 Tamron Hall is opening up about her stepsister Renate's unsolved murder in hopes she can help others.

In 2004, Renate's beaten and bludgeoned body was found floating facedown in the backyard pool of her Houston home. No one has ever been convicted of the crime.

Hall opened up to People about her Renate, saying, "No one deserves what happened to my sister. For a long time I was hesitant about sharing our story. I didn't want to be another well-known person saying, 'Look what happened to me and my family.' But then I said, 'Screw that. I can save a life.'"

Tamron continued, "She was very smart and very beautiful,” adding, “Many times she'd fall for men who took advantage of her."

She even witnessed a violent altercation between her sister and a male companion, someone she is too scared to name for fear of retaliation.

Hall kicked the man out, then asked her sister, "What's wrong with you? You're too beautiful. Too smart. You can do better.”

The TV personality has now learned she could have handled the situation differently. “All the things I've learned now are wrong [from domestic abuse advocates], I did them all."

That same male companion was the only person of interest in Renate's murder, but was never arrested due to lack of evidence.

"Do we know who did this to her as defined by a court of law? No," said Hall. "But I can tell you I witnessed an act of violence and there were only two other people in that room."

At first she struggled with feelings of guilt. "I think Renate thought some part of me still judged her," but now she believes, "I've been given an opportunity to make a difference.”