Gwendoline Christie, who plays Captain Phasma in “Star Wars: The Force Awakens,” is grabbing attention as a feline superhero in the Love Video Advent 2015.

In the video, directed by Boo George, Christie wears a latex catsuit, Boucheron fine jewelery, and Giuseppe Zanotti heels, while channeling Catwoman for Day 17 of the Love's seasonal stream of festival films.

This was the second time Gwendoline has appeared in the Love Video Advent -- the first time was Day 14 last year. Check out the video!

Some of the other stars featured this year include Kendall Jenner, Rita Ora, Gigi Hadid and Pamela Anderson.

Gwendoline's star is definitely rising with the release of "Star Wars: The Force Awakens." She recently sat down with "Extra's" Mario at a press conference to promote the film. 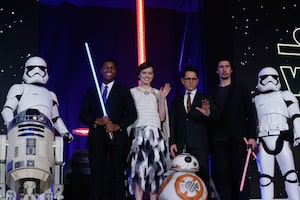 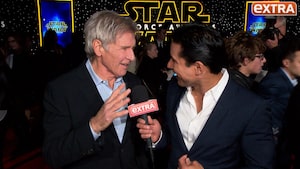 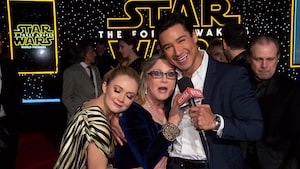