UPDATE: It has just been reported that Scott Weiland's bandmate Tommy Black has been arrested for possessing cocaine on the tour bus, where he was found dead.

Former Stone Temple Pilots singer Scott Weiland has died at the age of 48.

TMZ reports that Weiland died in his sleep after going into cardiac arrest. He was found dead on his tour bus on Thursday night. The night he died, he had been scheduled to play with his band Scott Weiland and The Wildabouts at the Medina Ballroom in Minnesota. Listen to the 911 call.

A statement on his Instagram page read, "Scott Weiland, best known as the lead singer for Stone Temple Pilots and Velvet Revolver, passed away in his sleep while on a tour stop in Bloomington, Minnesota, with his band The Wildabouts. At this time we ask that the privacy of Scott's family be respected.”

Just two days before his death, Scott was seen smoking and taking a selfie with a fan outside of a radio station in Toronto. It might be one of the very last photos of Weiland before his untimely death. 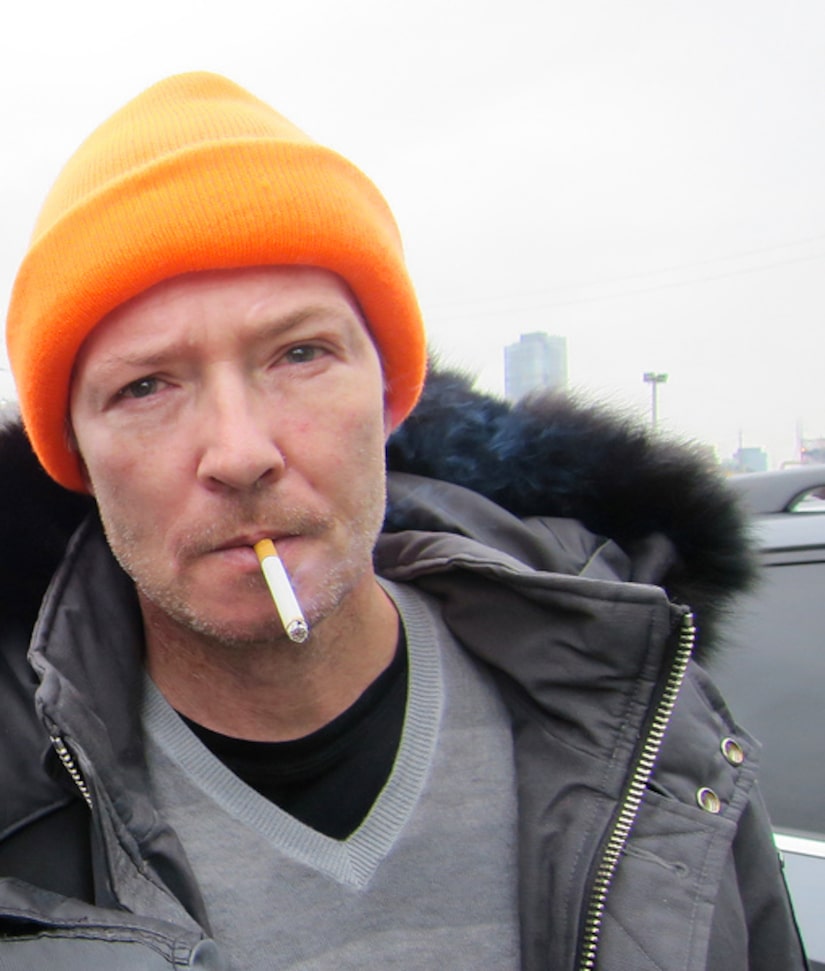 [Credit: SplashNews]
Weiland battled substance abuse over the years, but it is unclear if drugs played any role in his death. Scott's wife has released a statement, telling TMZ, "He [Scott] was the best he has ever been." Jamie shared to TMZ that he was not doing drugs, but admits he did drink socially.

Back in 2011, "Extra" Senior Music Correspondent Adam Weissler chatted with Scott as he released his Christmas album, "The Most Wonderful Time of the Year."

The two chatted about the album, and Scott opened up about why Christmas was such an important holiday to him.