Famed supermodel Cindy Crawford recently sat down with “Extra's” Mario Lopez at Universal Studios Hollywood, where she was joined by daughter Kaia.

Cindy joked, “I try not to let her on camera with me, because it reminds people I really am turning 50.”

Kaia is following in Cindy's footsteps with modeling. The teen shared, “I love it, I love being a normal teenager as well. I don't want it to feel like work, because what 14-year-old wants to work, right? As long as I'm having fun with it, I'll continue to do it."

Crawford would also cast her look-alike daughter to play her if there were a movie being made about her life. She said, “Probably now my daughter... really easy to throw a little mole on her.”

Cindy's mole has become iconic, but she was bullied for it when she was growing up. She admitted, “I was very self-conscious about it. When I went to my very first modeling agency, they told me I should remove my mole and I really considered it.”

Cindy has been busy promoting her new book, “Becoming.” 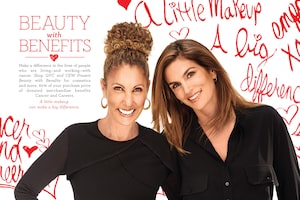 Cindy Crawford Teams with BFF for ‘Beauty with Benefits’ 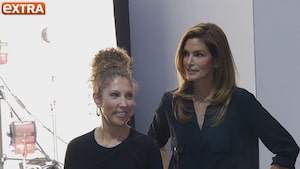 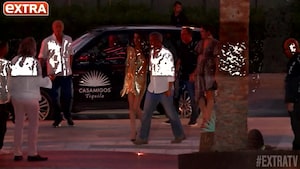