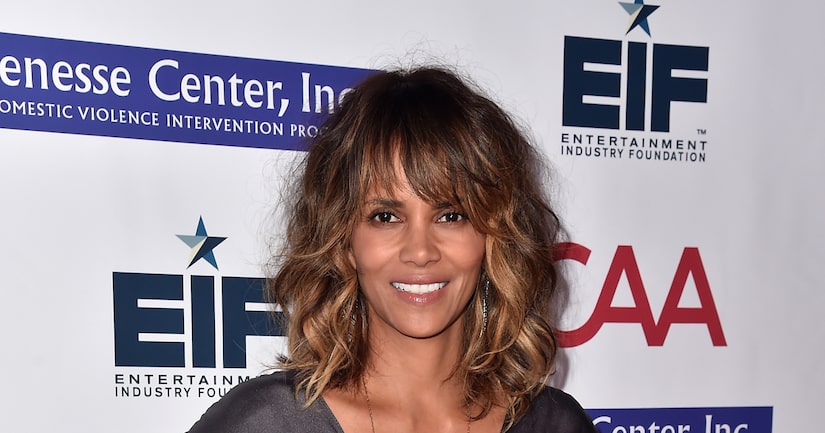 Just nine days after announcing her headline-making split from Olivier Martinez, Halle Berry opened up exclusively to "Extra" about how she is doing since the news broke.

The Academy Award-winning actress told "Extra's" Terri Seymour at an event benefiting the Jenesse Center, Inc., "I'm doing okay, I really am. I, I keep pushing and I'm really happy to be here because whenever you're going through anything in life, when you step outside yourself and focus on others, that's always the best remedy for any situation that you'd rather not be dealing with."

Halle has been doing well adjusting to her new life as a single mom to daughter Nahla and son Maceo. When Terri asked if Nahla knows how strong her mom is, Berry responded, "Oh, yeah, you should be in my house!"

Berry also revealed that Maceo, who just turned one, is dealing with the chicken pox since Halloween. "Maceo didn't go trick-or-treating 'cause he has the chicken pox, Nahla was a zombie cheerleader, and we had a great time." Though Maceo wash't able to celebrate Halloween, Berry dressed up for Nahla, "I was a pirate and she (Nahla), she's like, 'You're a sexy pirate, Mommy,' I'm like, 'What do you know about a sexy pirate?'"

Berry would rather have a fun getaway than a party to celebrate. She said, "I want it to come and go as fast as it can. I'm going to take my five best girlfriends to a Caribbean island, we're going to have a cleansing, we're going to jump in the ocean butt-naked and have a spiritual moment and bond and connect as women. That's how I'm going to blow it out with my girls, with my best, closest, dearest friends… I love my woman ships."

Despite her busy schedule, Berry still makes time to focus on her work with women at the Jenesse Center, an organization dedicated to domestic violence prevention and intervention. "It's a charity that really services what I call the forgotten ladies and children, and it's so important that we keeping bringing awareness to domestic violence, and it's so important that we keep shining a light on this issue."

Halle is teaming up with the Entertainment Industry Foundation to celebrate the center's 35th anniversary, saying, "Women are so often devalued, and we grow up with that belief about ourselves, so when we find ourselves in an abusive relationship, we don't think we're worthy to be out of it, we don't think we deserve better, so our idea at the Jenesse Center is to teach them a better way to let them know that somebody loves you — that's our big dream."

She also shared some sound advice for women who are involved in an abusive relationship. "I say something that's very simple, I tell them that if a man or anyone lays their hands on you one time, they will do it again; if it happened once, girl, it's gonna happen again, and you have to go, you have to love yourself and your kids enough to go." 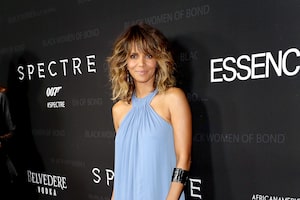 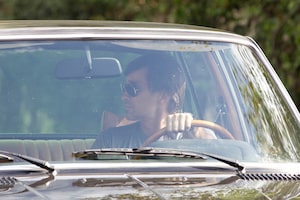